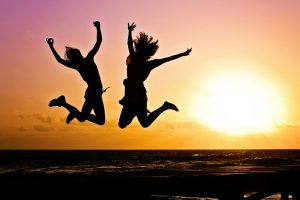 How I wish I were one of those musicians who have done such a beautiful job, lifting the spirits of our beleaguered people! Alas, there is only one instrument I can play, with a very limited repertoire. The instrument is someplace between the heart and the mo’ach; my playlist is limited to more serious pieces of machshavah. If you are an aficionado of this kind of music, stay with me.

What I offer here are not some short, feel-good, vertlach – although if this is not the time for them, when is? I’m going to offer two items that work davka for the kind of person who delights primarily in what combines significant tradition, creativity, and rigor. May HKBH allow me to hit the right notes.

“The Sages say that ‘the days of your life’ only imply the present. The addition of ‘all’ brings along the time of Moshiach.”

The Noam Elimelech explains that the importance of any Jewish holiday is never merely commemorative. It is always experiential. Each Yom Tov introduces a particular “ohr,” and the ohr of Pesach is geulah.

Now, he is not the first to make this observation. The earliest that I am aware of (and I suspect it goes back a good deal further) is the Maharal. I think the most famous modern version of this approach was articulated by R Simcha Zisel of Kelm, and referenced by Michtav Me-Eliyahu. He saw the calendar as a closed-loop railroad line. As the train travels through the year, it stops at various “stations” on the calendar. Passengers disembark, and linger for a while in the station house, where they can sample the local wares. At the Pesach station, we can find geulah – if not national redemption, then at least personal freedom from the self-imposed restriction and limitation (the metzarim) that make us far less than we could be. At the Shavuos stop, we can taste hisgalus Hashem – a revelation of Who Hashem is, and what He expects of us. At Sukkos, we dig deeply into helpings of bitachon, of faith and confidence in Hashem.

The common denominator of all the holidays is the availability of these ohros – these servings of spiritual enlightenment that are sent our way from Heaven. They make the holiday dynamic, rather than passive-commemorative. It is hard to imagine a more important change in the way we look at every Yom Tov, than the knowledge that something very beautiful awaits us, ready to be plucked off the shelves at each event.

It there anything that we need to do to maximize our share of these ohros? Here is where the Noam Elimelech comes back into the picture with his special observation. Yes, he says. We participate in drawing down the ohros of Pesach specifically through the mitzvah of sippur yetzias Mitzrayim, of retelling the events of the Exodus in the style of the Haggadah, in which we lovingly caress each detail, and find new meaning each year. The care and effort we expend on this determines how much of that spiritual enlightenment we achieve.

One thing is certain, though. By retelling the story, we bring more and more “quanta” of geulah to our world. Their presence has a cumulative effect, leading inexorably to the final geulah, that of Moshiach. This is what the Sages mean. Through the mitzvah of maggid, we literally bring our redeemer.

The incredible pendulum of Jewish history

After the sin of the Golden Calf, it became Moshe’s job to argue on behalf of his people, to placate G-d, as it were, and move Him away from a show of His wrath. (He was waiting for that argument from Moshe, just as He is today!) Moshe succeeds; Hashem agrees to not destroy the people. Moses immediately turns around and says, “Ya know, as long as we’re talkin’ , I’ve been meaning to ask You a favor. I think You’ve been holding back on me. You’ve allowed me to understand much of what humans can, but I know there is more. I want to comprehend You a bit more directly, (“to see Your Face.”)

G-d meets him halfway. “I”ll let you see My Back (the tracks I leave in running the universe), but not My Face.”

Hard to figure out Moses’s sense of timing. He should have been happy to high-tail it out of there after snagging the huge concession of sparing the people. Why, of all times, would he ask for more favors? Lie low for a while! It’s like a teenager who wraps the family car around a tree, and when riding home asks his parents for a raise in allowance.

R. Eliyahu Dessler (Michtav Me-Eliyahu, vol. 3 pg.351),[1] argues that Moshe knew quite well what he was doing.  G-d reaction to the Golden Calf was in itself an exercise of midas ha-din, of His attribute of Judgment. Moshe knew that whenever He displays this attribute, it is always, always, followed by a pendulum swing in the opposite direction – to a display of His attribute of chesed, of Compassion. He knew he could take it to the bank, and he tried (successfully!) to cash in on it by asking G-d to compassionately open up and teach him a bit more about Himself.

Moses knew it, and we must know it as well. We don’t understand this exercise of Judgment, of hiding some of His Compassion. But we must know that it will be followed by something special and great in the opposite direction! We don’t know precisely when, but it has been the pattern of Jewish history. Times of great calamity have been followed by times of unexpected rachamim.

Think of it. The Hadrianic persecutions – until the time of the Soviet regime, the longest continuous epoch of governmental suppression of Torah practice in our history – were followed by an oasis of time in which a few Roman emperors looked benignly and even favorably upon the Jews. Without such a period of tranquility (to say nothing of R. Yehuda HaNasi’s good friend actually underwriting the project), the Mishnah could not have come into being.

The Spanish Expulsion not only ended an entire sector of Jewish civilization – it meant the deaths of tens of thousands of refugees in particularly barbaric ways. It was followed in short order by an unexpected addition to Jewish life that changed the nature of Torah Yiddishkeit, no matter how much or how little different groups availed themselves of it. That was the hisgalus of the Ari, z”l, and the rapid development of a literature that allowed the fuller incorporation of elements of the Kabbalah into the general Jewish experience.

Closer to our own time, we have not (and likely never will) made any dent in the incomprehensibility of the Holocaust, the event that the Slonimer Rebbe called undoubtedly the greatest tragedy we ever experienced as a people. It was followed by something that very few in the Torah world ever thought would come to pass – the return of Jewish autonomy to the Land of Israel. (Just a relatively few years earlier, a young Rabbi Yosef Dov Soloveitchik had posed some halachic questions to Rav Chaim Ozer, on one of his periodic long visits with him. What would halacha say about a Jewish State? R. Chaim Ozer told him, “When hair grows on the palms of my hands, there will be a Jewish State! But, b’chasdei Hashem, there was one, before the crematoria at Auschwitz had fully cooled off.)

What will be the great gift bestowed upon us? We cannot know. But the Ran essentially assures us that it will be more wondrous than we could have dreamt of. Surely it will be commensurate with all the pain and suffering going on around us at this moment.

Like Moshe Rabbenu, we can take that to the bank!

A chag kasher v’sameach to all. May we speedily see the yeshuas Hashem in its fullness and clarity.