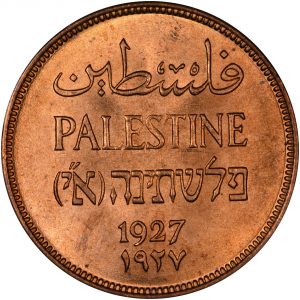 I’ll never forget coming across the phrase “the Holocaust” – complete with the definite article and capitalized second word – in, of all things, a translation of the Mishnah. More unnerving still was that the volume had been published in the 1920s.

Leafing through the old, worn book in the otzar sefarim of the yeshivah in Providence, where I was a Rebbi (and history teacher) for eleven years, and confronting those words, I wondered if I had somehow been transported to an alternate universe.

I hadn’t been, baruch Hashem. (I’m quite fond of this one).

The initially flabbergasting phrase, as a glance at the Hebrew text it was translating revealed, was a reference not to a historical event but rather to a korban olah, what most translations today would call a “burnt offering” – a sacrifice that is entirely consumed on the mizbe’ach. (Holo, in Greek, means “entirely”; caust, “burnt.”)

As it turns out, the more familiar use of the phrase today derived from that earlier usage. It was apparently, and understandably, deemed an apt descriptor for the Nazis’ and their friends’ plan for European Jewry.

All sorts of words also see their meanings morph over time. Many of us can recall when the sentence “My mouse died” more likely referred to the demise of a small furry pet than the failure of an electronic computer accessory.

Another word that has come to mean something entirely other than what it once meant is “Palestinian.” Once, it indicated a Jewish resident of Eretz Yisrael.

I discovered that fact as a teenager, when I salvaged a box of coins from a Jewish bookstore that was jettisoning old merchandise before a move. The coins were Palestinian pounds, duly labeled so, examples of the currency used, first, by the British Mandate, from 1927 to May 14, 1948; and then by Israel until 1952, when they were replaced by lirot.

The Palestine Bulletin was the name of the newspaper founded by Jews in Eretz Yisrael in 1925; later it was renamed The Palestine Post. What today is known as the Israel Philharmonic Orchestra began, in 1936, as the Palestine Symphony Orchestra.

Today, though, “Palestinian” has come to signify Arabs who lived in Eretz Yisrael under Jordanian or Egyptian rule, and their descendants. It is, thus, a most misleading morph.

Which brings me to a new book, The Hundred Years’ War on Palestine, by Rashid Khalidi, the Edward Said Professor of Modern Arab Studies at Columbia University. If that endowment chair title doesn’t tell you enough about the man’s sympathies, the subtitle of his book, A History of Settler Colonialism and Resistance, 1917-2017, should. And you can add his longtime support of the BDS movement to the evidence.

Professor Khalidi sees Israel’s founding as akin to the early American colonization of the land of native North American tribes or to Australia’s appropriation of that continent’s Aborigines’ land.

But the professor’s postulate is a put-on.

While Arabs have lived in Eretz Yisrael for centuries, there was a Jewish presence in the land since Yehoshua’s time, even after the destruction of the Second Beis Hamikdash and the expulsion of most of Klal Yisrael from the land. The Arab presence, by contrast, was anything but indigenous.

What people like Professor Khalidi imply, that Arabs are the native residents of Eretz Yisrael, is, simply put, a fiction.

Many who today claim the label “Palestinians,” in fact, are descended from successive waves of people who came to the area from other places. Like Egypt, from which successive waves of immigrants arrived at the end of the 18th century, fleeing famine, government oppression and military conscription at home.

The 19th century saw further Arab immigration to the land from Algeria and what is now Jordan. Bosnian Muslims, too, came in fairly significant numbers.

Later on, in tandem with Jewish return to the land, employment opportunities drew yet more Arab immigration. As the Peel Report noted in 1937, “The Arab population shows a remarkable increase ….. partly due to the import of Jewish capital into Palestine and other factors associated with the growth of the [Jewish] National Home…”

To be sure, when Israel declared its statehood in 1948, there was a sizable Arab population in Eretz Yisrael. To pretend otherwise is to deny facts. And the desires and aspirations of that population and its descendants who remained in the land should not be ignored. That is why a two-state solution like the one President Trump has advanced, is a necessary part (though no less necessary than the Arab population’s sincere embrace of peaceful coexistence) of ending the conflict in the region.

And the truth that here needs to be confronted is something that President Trump stated on the campaign trail, that Yerushalayim is the “eternal capital of the Jewish people”; and that his predecessor, President Obama, said back in 2013, that, after “centuries of suffering and exile, prejudice and pogroms and even genocide… the Jewish people sustained their unique identity and traditions, as well as a longing to return home.”

In other words, that, with all due recognition of the aspirations of Arabs in Israel and Yehudah, Shomron and Gaza, while there is indeed an indigenous population of Eretz Yisrael, it isn’t them.