The Small, Soft Sound of Teshuvah 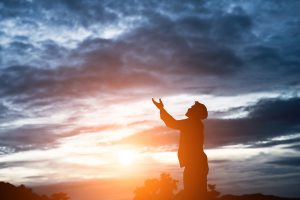 It seems that recently, there has been something different in the air. There is an openness among young people, whether they be frum, secular, or even not Jewish, for something authentic, real and meaningful.

The spiritual yearning of today is very different from what we were used to in the 1970s. The teshuvah movement of yesteryear, much like the noise and “raash gadol” of the malachim in Yechezkel’s vision, was characterized by the tumultuous mass movement of spiritual seekers. They often connected with charismatic leaders who could transform their world. The prototype baal teshuvah characterized by MBD’s “Just One Shabbos” was at the “Western Wall on Friday night, his first time ever there, strapped into his knapsack with his long and curly hair.” A backpacker, traveling the world, looking for existential meaning and life’s answers. Sometimes, those charismatic figures who inspired these searching youth were people of spiritual greatness, deeply imbued with Torah, yet they could connect with anyone.

Rav Shlomo Freifeld, who founded and led Yeshiva Sh’or Yoshuv, was able to converse with gedolei Yisroel, but also went out to his porch on Shabbos in the summer of 1969 to say good Shabbos to wayward Jews stuck in traffic, headed up to the Woodstock festival.

Rav Noach Weinberg was a man of massive Torah breadth and depth, who started a mass movement of young disconnected Jews and inspired them to save the world.

Many others used music, storytelling, spirituality and more to inspire their audiences. The phenomenon was new, exciting and mesmerizing to the frum community. A mass teshuvah movement of such magnitude hadn’t occurred since the times of Ezra, or perhaps King Yoshiyahu. So, the assumption that many still have is that teshuvah today would take a similar form to what we saw then.

But today’s young people are different. They do search for meaning and depth, but not in unconventional places or with charismatic spiritualists. They do so while enduring a roller coaster of highs and lows, aliyos and yeridos, moments of deep inspiration mixed with a lot of self doubt.

We see this phenomenon everywhere. Of the 50,000-plus Jews who traveled to Uman this past Rosh Hashanah, many were Breslover chassidim. Yet many, maybe most, were not. I was discussing the phenomena with a neighbor of mine, who once remarked to me that his annual pilgrimage to Uman gives him a spiritual lift for six months. He told me of the passionate davening, the zemiros and the ruach. He recounted that after his five-hour Rosh Hashanah vosikin minyan finished, the next minyan started. Incredulously, I inquired as to why these people at the second minyan would get up so late on Rosh Hashanah morning. He responded, “Many of these people wouldn’t go to shul at home or would otherwise hang out in the back. This Uman experience is their connection.”

And while many of us may be disturbed by the concerts and extra-curricular activity that some are engaged in during the week of Rosh Hashanah in Uman, in fact the spiritual kick provided to so many struggling souls indicates this deep, conflicted yearning for something more. And wasn’t this a major focus of Rav Nachman’s teachings, that even if one has fallen so low, they should focus on a nekudah tovah, a point of spiritual success, from which to grow? It is no wonder that one of the fastest growing movements of active followers in the Jewish world might be Breslov.

These days, there are few charismatic mekarvim on campus. In fact, charisma is viewed with deep suspicion among today’s kiruv rabbis. And while there are semi-annual articles announcing the end of kiruv, there continues to be over 300 North American students who go to yeshiva each year, with more than 600 who become shomer Shabbos and tens of thousands involved in regular kiruv/Torah programming and serious growth. And while the majority of them will not become frum, they often come to us and say, “I grew up with almost nothing Jewish. I need to know more.” I hear this on a regular basis, especially from students with parents who came from the former Soviet Union. How many students with Italian fathers and Jewish mothers are learning Torah on a regular basis?

This inner turmoil, the deep yearning for growth and simultaneous disappointment of inner failure, the quest for Torah greatness mixed with the base pursuit of gashmiyus, seems to be the signature of much of today’s Jewish life.

In frum communities, we see many young people who must wage a daily battle not to get sucked into the vortex of technology and the internet, yet still cling desperately to the desire to reach great heights in Torah. Many of the wealthy and fashionable, who would not settle for second best when it came to their homes, clothes or cars, still seek a ben Torah and top learner for a son-in-law. Torah communities that boast some of the finest shopping and eateries at the same time might possess the greatest collections of talmidei chachomim in the world, many of whom don’t stand out at all, but would be highly respected had they chosen to live anywhere else. Many of these talmidei chachomim and their families are moser nefesh for Torah living with little gashmiyus.

It’s as if we have gone back to the first day of creation, when the darkness and light were “mishtamshim b’irvuvia,” serving together in confusion.

There is no noisy spiritual quest, just a “small, thin sound” of the devar Hashem urging us to come closer to Him. If you stop for a moment and listen closely, you will hear it wherever you go.

Rabbi Meir Goldberg is the Director of Meor Rutgers Jewish Xperience. He can be reached at [email protected]. This article first appeared in Yated Ne’eman.