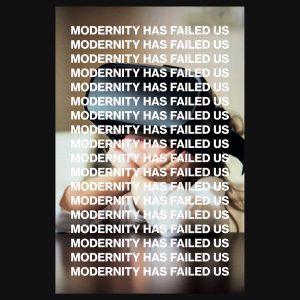 Amid all the discussions about Modern Orthodoxy, its past, present and future, it is perhaps helpful to look at two different paradigms into which Modern Orthodoxy currently divides itself: one positive, and one, well, less so.

One individual grew up in a religious home, so punctilious in its observance of mitzvot and sensitivity to others that he felt stultified. So he moved to the big, bad city and became so respected there that he was elevated to leadership, notwithstanding the depravity of the place. He felt better about himself, even tried to maintain some of the observances he had practiced in his family home. Ultimately, he was spared his city’s fate not because of any personal qualities he possessed but solely because of the merit of the home he rejected. That person was Lot.

The contrasts between Lot and his uncle/brother-in-law Avraham were subtle but remarkable nonetheless. Lot could not bear the piety of that home, its insistence on the rigid worship of one God and its constant pursuit of virtuous deeds. When he abandoned Avraham, Lot—not atypically, as history has played out—went to live in a place that was the antithesis of that home. Sodom was the center of debauchery, lechery, cruelty and moral perversities. Undoubtedly, Lot concluded that he could live the life of the Sodomite while retaining the trappings of Avraham’s home. He was partially right—and he walked that tightrope in a way that is not unfamiliar to, and might even concern, many of us.

Our Sages pointed out Lot’s moral complexities. He came to Sodom, tried to blend in and eventually rose to prominence. He was appointed a judge in that immoral gutter—meaning he acculturated himself, probably attending college and law school there. Likely, he attended class on Shabbat but without writing or otherwise breaching a Shabbat stricture, and willfully absorbed all the heresy, mockery of religion and defiance of the fundamental moral norms with which he was raised—and he thought it did not affect him because he was on the kosher meal plan. He learned from the scholarly professors at the University of Sodom that God doesn’t exist and that His Bible and moral laws were man-made, and Lot then must have pitied his poor old uncle who actually believed in God and His laws and comported himself accordingly.

Lot participated in the carousing associated with that life while still thinking himself somewhat above it. He made sure that others paid his admission fee to the Friday night frat parties and Saturday football games, and probably davened at least once a day.

Rituals mattered, even if there was little internalization and his heart was not in it. He loved the Seder—we even find that he baked matzot for Pesach (Rashi, Bereishit 19:3). That didn’t require a moral sacrifice but just a cultural affinity. Perhaps, at his request, the casinos in Sodom ordered special kosher-for-Passover chips with which he could gamble. He was so at home in Sodom, and so comfortable with his dual life, that he saw no contradiction in his lifestyle and was unaware of any compromises he had made. Spiritually, he was content; professionally, he became a judge (like others could become congressmen, senators, cabinet ministers and ambassadors); but morally, he was bankrupt and, worse, he didn’t even know it. He thought he had it made when in fact he was plunging headlong to his own destruction.

When Lot saw the visiting angels, he rose to greet them, acting on the instincts that had been honed in Avraham’s home (ibid 19:1). He welcomed them in violation of the norms of Sodom—but he also did it in a half-hearted, desultory way. He didn’t run toward them, as Avraham did. He waited to see who they were and only greeted them because they appeared to him as worthy noblemen. He sneaked them into his home, lest his neighbors think poorly of him for this act of kindness. He suggested they lodge overnight without washing their feet first, so others would think they just arrived (ibid 19:2). What Avraham did sincerely, enthusiastically, with a full heart, and as part of his divine service, Lot did superficially, going through the motions, just trying to fulfill the mitzvah with minimum compliance to the technical norms.

And when the knock on the door came by the authorities and his enraged townspeople, Lot offered them his daughters’ virtue as enticement (#Lot-too?) and to demonstrate that his morals really were compatible with those of Sodom, that he really did fit in, and that his professions of piety were all external, just on the surface. He embraced some of the deeds and ceremonies but his heart was elsewhere and his inner spiritual world was non-existent.

Was Lot the first Modern Orthodox Jew? He kept what he kept, nothing more, and resented being judged. He felt that his immersion in the local culture was permissible as long as he committed no overt sins and thus rationalized his conduct as still faithful to his upbringing. Ideology and especially values were secondary to the technical performances that he, for the most part, still observed. And of course he lived in a place where there was no moral authority; indeed, he fled Avraham’s home only because he did not like to be told what to do. He doubtless answered any halachic questions he had by scouring the internet for the psak that he wanted. Eventually, he was saved from Sodom—but he disappeared from Jewish life with a peripheral role (Moav and Ammon) that found its way back to our people centuries later only through God’s machinations. But to the world of Avraham, then and there, he was lost.

That is one model of Modern Orthodoxy. There are many who indulge in modern society and embrace its values, first thinking that the immoral norms do not affect them and later that those same norms must be part of the world of Torah because, after all, they profess them. They maintain ritually connected, for the most part, and take pride in their children’s accomplishments even if they are conjoined with an abandonment of Torah commitment. It is enough that they observe (or try to observe) a ritual or two—even though their minds, hearts, values and life’s interests are elsewhere, far removed from the world of God, Torah, mitzvot, Israel and Jewish destiny. It suffices that they are good people. That model is not unfamiliar to us, and it is unsustainable.

There is a second model of Modern Orthodoxy, one that might be better characterized as Orthodoxy plain and simple and the ideal for which we should strive, and that is the life of Avraham. He wasn’t a recluse, nor did he shun or condescend to his neighbors. Indeed, they revered him as “a prince of God in our midst” (Bereishit 23:6) even if they could not fully understand or appreciate him. And that is because he struck the proper balance, as Rav Soloveitchik famously explained of the dual life of “I am a stranger and a resident among you” (ibid 23:4). Avraham knew how to be a resident and good neighbor, to encourage his fellow citizens in pursuit of virtue and to join with them to promote the common good. He supported them, did business with them honestly, welcomed them into his home graciously and even went to war with them. He lived an integrated life, but he also knew the limits of integration.

Avraham participated in his society—but he also knew when he had to segregate himself, when he had to keep his distance, even when he had to sequester himself from them lest their deviances affect himself and his family. Avraham knew the secret of Jewish life in the exile: how to be part of society while still remaining apart from it.

That is the real test of our lives. Modern Orthodoxy, as it is understood today and as the reports from the field filter in, is struggling and in some arenas floundering because it has failed that test and lost that balance—either rejecting any good about the world at large and cloistering itself within the proverbial four ells or tacking its sails to every cultural wind and construing every modern value—i.e., every modern value, without distinction or analysis—as admirable, laudable and worthy of embrace, even if they conflict with or negate basic Torah principles.

We have the model of the fully integrated Lot who eventually disappears in the haze of the aftermath of the great devastation, and the model of Avraham, “the stranger and the resident,” whose faithful descendants live until today and merit the divine blessings that are his legacy.

Which model we choose will determine our future — as individuals and as a nation.

Rabbi Steven Pruzansky serves as the rav of Congregation Bnai Yeshurun in Teaneck. He is a Senior Rabbinic Fellow at the CJV – Coalition for Jewish Values. Before he assumed the pulpit, he practiced law for 13 years. This essay first appeared on his blog, rabbipruzansky.com