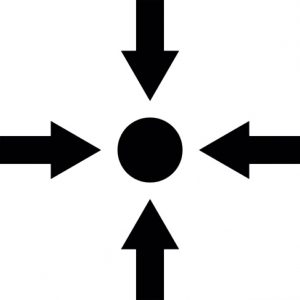 “Notorious anti-gunner George Soros joins anti-gun billionaires Steyer and Bloomberg. There is no end to how much they’ll pay to push their elitist agenda on Americans.”

Thus tweeted the National Rifle Association three days after the fatal shooting of 11 Jews in Pittsburgh by a right-wing anti-Semite. George Soros, of course, is the wealthy philanthropist who funds liberal causes, is a perennial victim of conspiracy theories, was one of those targeted with letter bombs by a right-wing dingbat last month, and is Jewish.

Tom Steyer is another billionaire philanthropist given to liberal causes and, because his father was Jewish, is regarded by some as a Jew.

Michael Bloomberg is, well, you know who he is. And his ethnicity.

No, I’m not – repeat, not – accusing the NRA of being anti-Semitic. Only noting that the group’s recent tweet-targets are people whom unabashed anti-Semites have relentlessly and gleefully attacked as Jews.

Then we have the many anti-Semites on the political left, who target people like billionaire activist Sheldon Adelson or conservative commentator Ben Shapiro, who, according to a study conducted by the ADL was the most frequent target of Jew-hating tweets in 2016. (Significant in itself, the study found that from August 2015 through July 2016 a total of 2.6 million tweets contained anti-Jewish sentiments.)

Anti-Semitism on the fringes of the left is exemplified by the likes of Louis Farrakhan, who, as impaired in humor as he is in intelligence, thought it funny to compare Jews to termites; and Linda Sarsour, who cautions her intersectionality-addled admirers that Israelis must not be “humanized.”

So whom, exactly, are we Jews to fear? Who is the Jewish people’s enemy? Those on the far right, or on the far left? The answer, of course, is “both of the above.”

Which conclusion leads to a thought that needs to be a prominent part of our thinking these days. Namely, that when an “us-vs.-them” mentality becomes dominant in a society – and such an attitude, disturbingly, has come to affect more than just the fringes – it does not bode well for the progeny of Yaakov Avinu.

Historian Deborah Lipstadt put it well, likening anti-Semitism to a latent infection that lies dormant and re-emerges at times of stress. Jew hatred, in the end, is, she says, “a conspiracy theory,” and needs only societal strife to become active.

For better or worse, Jewish figures will always be prominent on the political and cultural scenes. The Jewish soul is hard-wired, to use a discordant metaphor, to try to better the world.

Truly knowledgeable Jews know that the path toward that goal does not lead through politics, but consists of embracing Torah and mitzvos and being worthy examples of ovdei Hashem.  But even Jews who are misguided in their good intentions, who see salvation in this or that political or social stance, are motivated by their neshamos, clear-sighted or clouded. And thus, Jews will always rise to the top of whatever heap they perceive as a hope.

As a result, those who harbor the spiritual cancer that is Jew-hatred will always find Jews among those they label as enemies of all that is shiny and good, and will point to them in order to spur other hate-filled people to embrace their cause.

That’s how Jews can be hated because they are communists or capitalists, elitists or defenders of the common man, allies of blacks or racists; how they can be vilified for being “Zionists” or globalists, why both Mr. Soros and Mr. Adelson can be portrayed as Der Ewige Jude, the reviled “Eternal Jew,” of our time. What matters in the end – the only thing that matters – is that they are… Jews.

There’s a real-world application of that truism. Recognizing that exacerbating the political rift in the United States today is not just inherently lamentable but the very opposite of “good for the Jews,” we are acting irresponsibly if we jump into the melee and hoist a flag, furthering the societal inflammation. Sides, we do well to realize, don’t always have to be taken.

These words are being written before the mid-term elections; you’re reading it after them. During their campaigns, some candidates sought to garner votes by appealing to the very worst in voters, seeking to capitalize on the rift in society and to stoke anger – aimed in whatever direction. Others chose to run more soberly, on records and positions. Which ones won and which did not is something you know but I, as I write, do not. But the answer to that question will play a role in how secure we Jews can hope to feel, going forward in the American galus.