The Politicization of Anti-Semitism 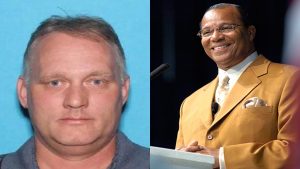 In the Oct. 24 issue of Mishpacha magazine, popular in the Orthodox Jewish community, columnist Jonathan Rosenblum interviewed Jonathan Neumann, author of the excellent book dismantling the false equivalence between Jewish values and liberal activism, “To Heal the World?” Rosenblum closed by inquiring “what, short of an outbreak of violent anti-Semitism, might recreate a feeling among young Jews as being members of a unique people.”

While Neumann’s answer remains instructive, the intervening days have shown that the premise was wrong. The outbreak of violent anti-Semitism transpired that same weekend, but a celebration of Jewish unity has not resulted… because for many Jews, the aforementioned liberal activism came first.

I feel I have yet to adequately process my grief and sorrow regarding the horrific slaughter at the Tree of Life Congregation in Pittsburgh. This is due not only to denial, but how I learned about this atrocity.

As a Sabbath-observant Jew, I knew nothing about what had transpired until after nightfall, when I had returned from synagogue and started up my computer. I happened to look at social media before the news.

So the first thing I read was not the report of the worst anti-Semitic crime in U.S. history. What I read first was that it was my fault.

The blood of the victims was not yet dry, and already people were diverting our attention from the simple fact that Jews are still murdered for being Jews – and not hesitating to blame Jews for anti-Semitism, in classically anti-Semitic fashion.

The question for Trump-haters was why he was to blame. By that, I do not mean an incredulous “why” would Trump be responsible for the actions of an individual who opposed him – and did so specifically because Trump is “surrounded by kikes” and “there is no #MAGA as long as there is a kike infestation.” They had no such question; for them, blaming the President was a given.

Rather, a better word is “how” to justify this improbable connection. They offered multiple, mutually-contradictory rationales, connected by nothing other than the writers’ pre-existing hostility towards the President. Others incriminated Israel’s Prime Minister Benjamin Netanyahu, with no greater consistency except in their previous opinions of their target.

Consider that many of those who say this barbarian felt empowered by Trump also claim that anti-Semites in Gaza turn to violence because they feel powerless. There is no consistency, for none is required. Their underlying concern is not understanding anti-Semitism, but how to leverage it for political gain. For multiple Jewish writers, tweeters and pundits, partisan agendas come before Jewish unity. It is possible that this is even a greater tragedy than the attack itself.

Anti-Semitism is a unique form of hatred. Xenophobia says the “other” is shiftless, worthless, and criminal. The Jew, on the other hand, is conniving, resourceful, plotting. The “other” robs banks; the Jew controls the banks. And one of the basic anti-Semitic ideas is that hatred against Jews is something other than Jew-hatred, and that to the extent that it is, the Jews brought it upon themselves.

No one likes to be hated, and without a clear theological understanding of why anti-Semitism exists, it is comforting to pretend that it is going away, or tied to a political ideology that we can potentially eliminate. And thus it is understandable why Jews fall into this trap. Understandable, but horribly wrong.

Anti-Semitism is found at the extreme ends of all political movements, rather than stemming from one. That Farrakhan referred to Jews as termites, while Bowers referred to a “kike infestation,” is no coincidence – because their ideology is the same, at least when it comes to Jews. The image of Jews as parasites was common in Nazi literature, and long before.

It is true that anti-Semitism increased in 2017 – if we include the 163 bomb threats against JCC’s made by a mentally-disturbed Israeli teen and the Obama volunteer who was stalking his former girlfriend. Of the twelve violent hate crimes against Jews in New York State, nine, fully three-quarters, were in Brooklyn and directed against easily-identified Orthodox Jews – the vast majority (over 90%) of whom support President Trump. Not one of the perpetrators has been identified as a white supremacist. So the leftists are not merely wrong, but are blaming the very Jews who clearly know anti-Semitism far better than they do.

No explanation of the Pittsburgh massacre is valid that does not address the shootings at the Overland Park, Kansas JCC in 2014 and the U.S. Holocaust Museum in 2009, and the Crown Heights riot of 1991. It must also encompass the Hypercacher killings in 2015, why synagogues from France to Denmark are defended with armed troops less than 75 years after the Holocaust… and the Holocaust itself. It must, finally, explain why international media reported a rioting mob in Gaza, gathered in order to “rip down the border, and rip the Jews’ hearts from their bodies,” as a “peaceful protest” – and described the precision elimination of fifty terrorists in that mob as a “massacre.”

Jews cannot pretend that this hatred afflicts only those of particular political affiliations. That delusion only makes all Jews less safe.

Jew-hatred is not about politics. It is tied to no other agenda. As it has been for thousands of years, it is about hatred for God, Torah and values — and the same genocidal mission shared by Haman, Hitler and Bowers: “All Jews Must Die.” It cares not whether a Jew is conservative or liberal, religious or secular, rich or poor.

That is exactly why all decent people must fight it, and why all Jews must continue to proudly identify as Jews. Together.