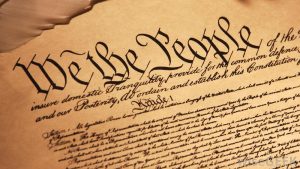 They have it so painfully wrong. The outrage over the Nation-State bill passed by Knesset is a tempest in a cholent pot. The world community that calls it racist is wrong. The effete snobs of the New York Times who wrote their obituaries for Israeli democracy are wrong. The Haaretz leftists who are calling for an immediate appeal are wrong. The Druze leader who has managed to elevate his blood pressure – along with a few of his best friends in Knesset – is wrong. Only Groucho Marx got it right. I will explain, in due course.

Some background. I knew that a friend, Prof. Moshe Koppel, had been involved with drafting the law, so I turned to him for a tutorial. (The general thrust – but not the details – of much of the next four paragraphs is based on conversations with him, but responsibility for accuracy rests with me.) The bill was many, many years in the making, and its target was never whom the world assumes it is. The bill had far more to do with Brett Kavanaugh than with kafiyehs.

Israel’s Supreme Court enjoys the dubious distinction of being perhaps the most activist court in the world. Compounding matters is that it is largely an “old boys and girls” club. The Court itself exercises inordinate control over its own composition. The committee of nine responsible for appointments has three members from the Court itself, and two from the Bar Association with which it is closely allied. Together, they are a majority, and appoint like-minded people, regardless of the will of the nation.

Then there is the matter of the Constitution. Israel does not have one. (Ben-Gurion didn’t want one, fearing what the Court would do with it!) Instead, a group of laws, known as the Basic Laws functions as a quasi-Constitution; its provisions trump those of ordinary laws, and are subject to deep interpretation by the Court.

Constitutions generally include three components: a mission statement of sorts of what the nation is about; a section delineating individual rights; a description of the conduct of the branches of government. Israel has had Basic Laws regarding the last two sections, but not the first. The Basic Law on Human Freedom and Dignity has proven to be particularly pliable. Justices have found more items and objections here than liberal justices on the US High Court have found in the infamous “penumbra” of the Constitution. This was particularly true during the years that the Court was headed by Aharon Barak whose full-throated embrace of judicial activism should frighten anyone but a North Tel Aviv elitist. One of his findings was that the Basic Law on human dignity disallowed corporal punishment of children by parents, making Israel the first country in the world to essentially find the use of a traditional parental prerogative to be “unconstitutional” as a basic affront to humanity. Another justice of the court opined that “light violence” could easily deteriorate into greater violence. Whether or not the justices were correct can be reasonably debated. Whether the State should step into the family dynamic seemed to be a governmental intrusion into the private sphere that would be tolerated nowhere in the Western world.

The Court over the years chipped away at the Jewish character of the State. Many feared that, in time, there would be nothing left of it, as the Court would find that, for example, the singing of Hatikvah, which is clearly irrelevant to the Arab citizens of the country, would be found to be a violation of their freedom and dignity. Now, the State of Israel constituted itself as Jewish and democratic. The democratic element had been enshrined in Basic Laws, but there was no equivalent set of fundamental laws that would give future Courts a place of refuge when considering the special role played by the State as the national homeland of the Jews. The law passed last week simply provided the third leg of Israel’s non-Constitution. It puts on an equal footing to the laws of human dignity the nature of Israel as a Jewish state. It provides a legal understanding – a very narrow and limited one at that – to the promise in Israel’s Declaration of Independence to be a Jewish and democratic state. Should challenges to various practices arise in the future, justices will not be left with but a single yardstick – the human dignity law – to measure their legality. The Nation-State law creates an argument with the force of Basic Law that allows for the overt consideration of the goal of the foundation of the State: the well-being of a homeland for the Jewish people.

Simply put, the Nation-State bill served those who were afraid of a left-leaning activist Court precisely the way the presence of a Justice Gorsuch and future Justice Kavanaugh calm the fears of the red half of the United States that left-leaning judges have gone off the rails.

We needn’t devote much time to considering the objections to the bill raised in many circles, some with malice, some without. Much has been written, and readers can find the material easily. We’ll simply mention some of them – and responses to them – in bullet list form:

Another important point. All of the grousing shows both bad faith in Israel’s track record over the last seventy years, and overestimates the efficacy of documents. Enter Groucho, who famously observed, “An oral contract isn’t worth the paper it’s written on.” To which should be added, “A constitution not backed by the will of the people isn’t worth a ream’s worth of fine print.” The Soviet Union had its 1936 Stalin Constitution, and it guaranteed a host of rights and liberties, including freedom of religion. Countless people enjoyed those rights in the Gulag or in the grave. Where a strong, monolithic ruling party is in control, a Constitution is no move difficult to subvert than many other obstacles. A Constitution is only as strong as the democratic ideals of the people.

Israel is a democracy. It is flawed, as is every other democracy. In the progress it has made in human rights, it has nothing to be ashamed of in comparison to any other country. There are, to be sure, areas that require serious improvement, including the underfunding of Arab communities on the Israeli side of the Green Line. But if you compare the rate of progress with either the first 70 years of American democracy, or even the last seventy, Israel will not come up second in the area of human rights, including those of minority populations like Muslims and Christians. (I began writing this article the same day that Hebrew U announced the appointment of the first female Arab dean.) It is the democratic streak that runs so deeply in the majority of Israeli society that ultimately precludes the new law from eroding minority rights- even if the other Basic Laws would not make this impossible.

Those who refuse to take note of this include too many people who simply look at everything that Israel does with a jaundiced eye. So many people will only tolerate an Israel if it is a paragon of virtue, or at least the only democracy in the Middle East. If Israel can be stripped of that distinction, then they can allow themselves to more vocally despise her.

Why is the uneasiness so widespread? Mistakes were made, to be sure. The Druze sheikh speaking out against the bill as breach of the special relationship between his community and Jewish Israel was a long time supporter of the bill! Those who introduced the final iteration of it made the mistake of not filling him in, of not making him part of the process. He turned against it, not so much for the real threat to his community, but because of a perceived slight. Some of those rallying to his side are not so much disturbed by the implications of the bill, as by the fallout in relationships. (I’m not sure anyone should be blamed for this reaction. But it should not distort our view of the essential need for the bill, and that it does not mean Israel turning its back on democracy.)

Many more people oppose the bill because they fear that perception is more important than reality. If so much of the world community believes that the bill is anti-democratic, then Israel should not needlessly give them an excuse to further isolate her.

Reasonable people can disagree on whether or not appeasement of a world community hostile to Israel has ever worked. Some of the most oft-quoted words of Rav Yisrael Salanter deal with perception and reality:

Man is free in his imagination and bound by his intellect. His unbridled imagination draws him mischievously in the way of his heart’s desire, without fear of the certain future — the time when Hashem will examine all of his affairs… There is no one else to take his place. He alone will bear the fruit of his sin. The transgressor and the punished are one and the same.

Rav Yisrael reminds us that the imaginative side of Man prevails in our personal lives – usually to our detriment. Part of our human responsibility is to discard the imagined and replace it with the reality that reason points to. Perhaps it is not unfair to say that the same applies to the way we read the news. Hard as it is sometimes, we should strive to uncover the real nature of things. Sometimes, it can even triumph over perception.

But we should not become so fixated on the perception that we lose sight of the reality.