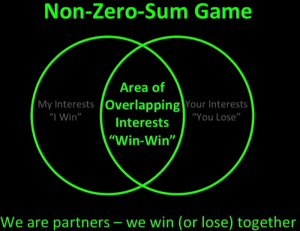 Long-standing journalistic tradition has it that although writers of articles and opinion pieces may suggest titles for their submitted work, editors have full discretion to use titles of their own devising. So one might imagine that Messrs. Cohen, Gussow and Pinker greeted publication of their recent piece in The Forward with some consternation, finding it beneath the inflammatory title, “Does Orthodox Explosion Signal Doom for Conservative and Reform?”

What the authors provided was a thoughtful and cogent demographic analysis of the Jewish community, divided into three relevant groups: the Orthodox, the liberal movements (Conservative, Reform, and smaller denominations), and the “nondenominational” Jews. Among their conclusions are the following:

The number of middle-aged Jews in 2045 or so is destined to be smaller than it is today… We have a surge of nondenominational Jews in their 20s, possibly owing to the fact that so many children of Reform and Conservative parents have eschewed their childhood denominational identities… At least until now, the nondenominational Jews are far from reproducing themselves. Accordingly, they are destined to decline some decades down the road — unless their numbers are replenished by “dropouts” from the religious denominations.

They bring their data to life with the following contrast:

Metaphorically, every 100 Conservative and Reform Boomers have only 56 photos of Jewish grandchildren in their wallets (or smart phones)… If 100 Orthodox grandparents gathered in shul, they could show their friends photos of 575 grandchildren on their smart phones (but not on Shabbat, of course).

Yes, you read that correctly. The Orthodox are projected to have ten times the number of Jewish grandchildren, and to grow six times as large in two generations — while the liberal population is sliced nearly by half.

The data does “tell a jarring story” — simply that the two communities are heading in opposite directions, and at an accelerating rate. That, however, has no relevance to the chosen title hanging over this important content.

The Forward must engage its readers and entice them with catchy headlines, and it is a journal not known for its fondness for the beliefs or practices of observant Jews. But there is something uniquely unseemly about a title implying that Orthodoxy’s gains are somehow related to Conservative and Reform’s losses. One cannot determine whether the editor imagined a thriving Orthodox community to be merely an indicator of liberal decline, or a causative factor — as the article beneath that headline utterly contradicts either implication.

It was once true that there was an inverse relationship between Orthodoxy and liberal Judaism; at that time, immigrants worked on Shabbos (in an era where one was likely to lose a job otherwise) yet prayed in Orthodox synagogues — but their children turned primarily to the Conservative movement. So the decline in Orthodoxy contributed to the rise of the Conservatives, making the latter the dominant American movement for much of the twentieth century. The next generations moved yet further to the left, such that the Reform peaked in the 1970s or 80s.

Intensive Jewish education and commitment reversed Orthodoxy’s decline; today neither an Orthodox nor liberal upbringing feeds into the other in significant numbers. Although it may be true that many Jews from non-Orthodox families adopt Jewish observance each year, their numbers are at most a minor factor in the decline of the non-Orthodox movements. Cohen, Gussow and Pinker don’t even mention this aspect. And, perhaps tellingly, those who drop out of observance after obtaining a day school education rarely join either of the liberal movements. So the growth of Orthodoxy and decline of liberal Judaism are independent phenomena.

Not only are the Orthodox not contributing to the implosion of liberal Judaism, but they are in the forefront of efforts to hold it back. Among the identity-enhancing Jewish activities suggested by the authors are several in which Orthodox Jews help to inspire non-Orthodox youth and young adults: Jewish day schools, Chabad on campus, Hillel, and trips to Israel. Olami on campus and Orthodox-run websites like Aish.com, Chabad.org and Torah.org are but a few other examples. While Orthodox teachers and guides in these programs would readily agree that full Jewish observance might be the ideal outcome, they would also tally anyone who commits to building a Jewish home as a “success,” and acknowledge that this is the far more likely outcome of their efforts.

The American Jewish population is not a zero-sum game; one community’s failure to perpetuate itself cannot be blamed upon the other. Several of the reasons for Orthodoxy’s burgeoning growth were beautifully described by Avital Chizhik-Goldschmidt in her op-ed which appeared the same day — none of these come at the expense of liberal Judaism. If the prognosis for Conservative and Reform Judaism is “doom,” it is not because of Orthodoxy, but despite Orthodox efforts to help their more liberal brethren to stanch their losses.