The Changing Mind of Modern Orthodoxy? 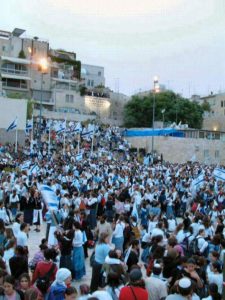 Dr. Marc Shapiro’s new article Is Modern Orthodoxy Moving Towards an Acceptance of Biblical Criticism is the subject of much online discussion. In this article, Dr. Shapiro demonstrates that Orthodox rabbis are increasingly embracing various facets of Biblical Criticism, including in particular the issue of Torah authorship. Whereas most of the personalities featured in this article identify with Open Orthodoxy, a few identify with Modern Orthodoxy and are not part of the Open Orthodox movement.

In an article entitled Bible Scholarship in Orthodoxy, which proffers the benefits of Biblical Criticism for Orthodoxy, Rabbi Eric Grossman, Head of School of The Ramaz School, writes in his concluding remarks:

Many Orthodox Jews, rabbis, and educators fear engaging in Bible Criticism because it will lead to attrition, out of Orthodoxy and out of halachic observance. I do not wish to gainsay this fear, except to state anecdotally that this has not been my experience. On the other hand, not enough time has passed to fairly judge what effect Bible scholarship will have on the fabric of Orthodoxy, so we should certainly proceed with caution.

We must realize, too, that there is serious halachic objection as to whether we are permitted to confront this issue. Also, since the belief in the unity and divinity of the written Torah has become such an integral part of Orthodox ideology, we must decide how we will define and distinguish ourselves as Orthodox Jews if we abandon or reinterpret this principle.

Despite the halachic objections and the risk of resultant “denial of belief in the unity and divinity of the written Torah”, the author does not rule out engaging in Biblical Criticism.

A recent study of the Israeli Dati Leumi/Religious Zionist community shows an alarming rate of attrition in observance, documenting a mere 46% retention/observance rate. (Please see here as well.) Although clear statistics are not available for the Modern Orthodox community in America, there is reason to believe that the picture is not dramatically better. Most Modern Orthodox couples have more than two children – often double this number or higher – yet enrollment in Modern Orthodox day schools and membership in Modern Orthodox shuls has not increased anywhere near the expected natural population growth. It is true that some Modern Orthodox youth become yeshivish or “charedi” and others make aliyah, but the rates of these occurrences do not come close to compensating for the overall lack of Modern Orthodox communal growth. Although the yeshivish or charedi communities also have their (apparently much lower) share of dropouts, the exponential growth of these communities continues, in contrast with the Modern Orthodox.

A new article in Los Angeles Jewish Journal addresses a changing attitude among some Modern Orthodox institutions toward homosexuality. Of the heads of various Los Angeles institutions who were interviewed for this article, only Rabbi Avrohom Stulberger of Valley Torah High School (more traditional) fully maintained the traditional position, to his credit. Leadership of at least one major Modern Orthodox high school in New York City has also taken a liberal position in this area. Is this representative of broad change?

This is not a polemical article. I am merely documenting events, without comment.

What is the future of Modern Orthodoxy?