Death of a Slogan 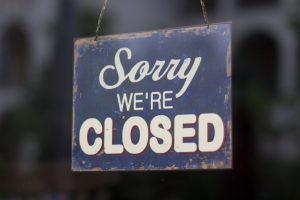 That’s the famous French declaration that was traditionally made when a monarch had breathed his last: “The king is dead. Long live the king!”

Recent days have revealed the news that a slogan has expired. The late phrase is “Open Orthodoxy.” No longer will it be employed by the institutions that once proudly held it aloft as a banner. It has been summarily dispatched, sent to its grave. But what the phrase stood for, at least for now, lives on.

It was disclosed last week that back on July 26, The New Jersey Jewish News received a communication from “Yeshivat Chovevei Torah,” or “YCT,” the seminary of the movement that must no longer be named, informing the paper that “We have been referred to as an ‘Open Orthodox Seminary’ by your newspaper, which is incorrect. ‘Open Orthodox’ is not a term that we use to describe ourselves, nor is it part of any language on our site, mission, marketing materials, etc.”

Note the present tense. It is employed because the term now prohibited was in fact the institution’s credo, included even in its mission statement at its founding in 1999, and used thereafter until relatively recently.

Rabbi Avi Weiss, the father of the now-disdained phrase, extolled it when he introduced it as “expressing vibrancy, inclusivity and non-judgmentalism”(implying it seemed, that others lacked vibrancy, rejected Jews and sat in judgment on them – and that they were “closed’), and as conveying the new movement’s embrace of non-traditional ritual roles for women, celebration of people engaged in aveiros chamuros, relaxation of halachic requirements for geirus and encouragement of interfaith “dialogue.”

None of that, of course, has changed, only the unfortunate phrase. The once “open” movement has now claimed an adjective once employed by others but that had fallen into disuse: “Modern”.

What was once called “Modern Orthodoxy,” which never dared abandon what the erstwhile “openers” have happily jettisoned, shed that phrase long ago in favor of “Centrist Orthodoxy.” And so, un-copyrighted as “modern” was, the new group dusted it off and decided it looked nice on them.

The change, though, of course, is cosmetic. The Open/Modern group whose institutions include the earlier mentioned YCT, “Yeshivat Maharat,” which trains female religious leaders, and a small rabbinical association called the International Rabbinic Fellowship (“IRC”) has, if anything, “liberalized” its stances even more.

As the Moetzes Gedolei HaTorah felt compelled to state with sadness two years ago, the Open Orthodox movement “reject[s] the basic tenets of our faith… and [is] no different from other dissident movements throughout our history that have rejected these basic tenets.”

Some leaders of the errant group took umbrage at that statement, which they took as a personal rejection.

But it wasn’t people being rejected, but rather a concept – that the Torah and halachah can be molded, like so much Silly Putty, to comport with “modern” mores.

And, speaking of kindergarten, Humpty Dumpty famously insisted that “When I use a word, it means just what I choose it to mean.” With all due respect to the fictional fellow, in the real world words in fact have objective meanings.

To be sure, words’ meanings can change. Once, not very long ago, a “mouse” was exclusively a furry creature, and “gay” meant only “joyful.” But a theology that is indistinguishable from that of the Conservative movement cannot, pace Mr. Dumpty, be called “Orthodox.”

Over the past century or two, “Orthodoxy” has been synonymous with full acceptance of the mesorah – including, of course, the historicity of Yetzias Mitzrayim; the fact that the Torah Shebichsav and Sheb’al Peh were bequeathed our ancestors at Har Sinai; and that the avos existed – concepts that prominent products of or leaders of the “Open Orthodoxy” movement are on record as rejecting.

So why must the YCT/Yeshivat Maharat/IRC nexus seek any new adjective at all? What it needs is not an adjective but a new noun. And a prefix for it. To wit: “Conservative” and “Neo,” respectively.

Calling themselves a new branch of the faltering Conservative movement, though, would deprive the group of the free publicity and celebration some Jewish media so eagerly offer it. After all, there’s nothing very newsworthy, or for that matter new, about a Jewish movement that “updates” the Torah to “teach” what its leaders feel it should have said.

But, were the guiding lights of the Open/Modern movement truly dedicated to honesty and forthrightness, that’s just what they would do.