What the Doctor Ordered 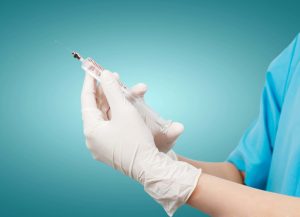 A Dutch doctor who ordered an elderly dementia patient’s family to restrain her as she was given a lethal injection was recently cleared of wrongdoing by a panel that considered the case.

In 2002, the Netherlands became the first country in the world to decriminalize physician-assisted euthanasia. Since then, thousands of Dutch citizens (more than 5000 in 2015 alone) have been helped by doctors to kill themselves. The law requires that the patient’s suffering be “unbearable and untreatable.” In four years, though, the number of mental health patients killed by euthanasia has quadrupled.

According to a report issued by a Regional Review Committee, the unidentified patient, diagnosed with Alzheimer’s disease four years ago, wrote a living will saying she wished to die when the “time was right.”

Her condition deteriorated and her aging husband, unable to care for her, had her admitted to a nursing home, where she told staff members that she wished to die, “but not now.” Although some doctors said she was “gloomy” and “hopeless,” one doctor reported her “cheerful and peaceful.”

The home’s senior doctor asserted the time was right because of a deterioration in the woman’s condition, and the woman’s husband concurred, although the report states that the patient had “never verbally requested euthanasia.”

A sleep-inducing drug was placed in her coffee, but the more than 80-year-old woman resisted the injection intended to kill her. The doctor then asked the relatives of the woman to hold her down while she administered the lethal injection.

“I am convinced that the doctor acted in good faith,” said Jacob Kohnstamm, the committee chairman, although he added that “we would like to see more clarity on how such cases are handled in the future.”

Part of the calculus for achieving that clarity, whether made explicit or not, will be economic considerations. A University of Calgary study recently published in the Canadian Medical Association Journal identified “substantial savings” that Canada, whose doctor-assisted euthanasia law closely resembles the Netherlands’, can reap from its annual health budget by killing willing patients rather than caring for them.

End-of-life care can be long and expensive, the report explains, while euthanasia costs just a few dollars per patient.

Here in the U.S., the Supreme Court ruled in 1997 that there is no Constitutional right to assisted suicide, but that states have the power to allow or prohibit it. To date, five states have passed laws permitting the practice.

Despite the power of states here, issues pertinent to physician-assisted suicide laws can still wend their way to the nation’s highest court.

In 2006, for example, then-Attorney General John Ashcroft tried to halt physician-assisted suicide in Oregon by contending that prescriptions written for that purpose did not meet the Controlled Substances Act’s requirement of serving a “legitimate medical purpose.”

The High Court ruled that Mr. Ashcroft could not block the law that way, but in a dissent to that ruling, the late, lamented Justice Antonin Scalia asserted that the legitimacy of physician-assisted suicide “ultimately rests, not on ‘science’ or ‘medicine,’ but on a naked value judgment.”

In a speech two years earlier about a different subject, Justice Scalia raised the specter of assisted suicide one day being embraced by the Court. After decrying the Court’s discovery in the Constitution of “a variety of liberties” that “were so little rooted in the traditions of the American people that they were criminal for 200 years,” Mr. Scalia added that his colleagues might be prepared to discover a Constitutional right to assisted suicide, too.

“We’re not [yet] ready to announce that right,” he said, sarcastically. “Check back with us.”

Justice Scalia’s death last year made that facetious comment less humorous. Thankfully, though, the man designated by President Donald Trump to assume Mr. Scalia’s still-vacant seat, Judge Neil M. Gorsuch, has a clear paper trail on the issue, in the form of his 2006 book “The Future of Assisted Suicide and Euthanasia.”

“Human life is fundamentally and inherently valuable,” Mr. Gorsuch wrote, in support of the existing laws in most states barring assisted suicide.

Society’s task, he said, was balancing “the interests of those persons who wish to control the timing of their deaths and those vulnerable individuals whose lives may be taken without their consent due to mistake, abuse or pressure in a regime where assisted suicide is legal.”

In light of cases like the Dutch patient’s, and calculations like those in the University of Calgary study, a perceptive, thoughtful, conscientious mind like Judge Gorsuch’s on the High Court is just what the doctor ordered.