A Few Musings from Vacation 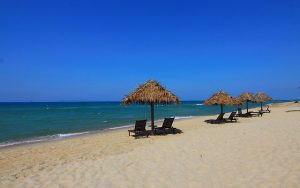 My “vacation” from writing articles about the issues and controversies of the day has been quite refreshing – and quite educational. I think that I have learned or reviewed more life lessons in the past five weeks than I have done in a while. Although I am still on break, I’d like to share a bit of what I have gleaned from my return to the outside of the Orthodox blogosphere. These are not new ideas, but they are ideas which become exponentially clearer and compelling upon taking a step back from the action:

1. Many issues are not as important as the blogosphere makes them out to be. In the real world of Orthodox Jewry, most people are focused on learning Torah, doing mitzvos, working and taking care of their families. Numerous issues that become of central interest online are of little or no importance to much of the hamon am, and these issues do not affect it in any substantial way. Furthermore, the bulk of the novel and attention-grabbing Torah notions floated in the blogosphere don’t make it to the beis medrash or to the discourse of serious talmidei chachamim – and, when they do on occasion make it to the shaarei ha-Torah and are given consideration, they are quite often dismissed by the Torah masters as unfounded or as of amateur quality.

2. Many people (their opinions, that is) are not as important as the blogosphere makes them out to be. Unlike in the secular world, in which online media pundits are often highly-credentialed current or former insiders and/or professionals, many people in the Orthodox blogosphere whose opinions are given weight (by themselves or by others) are basically inexperienced outsiders. People who are not steeped in Torah learning present elaborate formulations about derech ha-limud and p’sak methodology, strong opinions about the halachic status of various matters, and sweeping conclusions about hashkafic issues and the Torah’s perspective on current events – which are all frequently well beyond their sphere of knowledge. In the world of Orthodox electronic media, these people sometimes become recognized as authorities and experts, whereas in real life, their opinions carry no weight among true professionals and (thankfully) remain unknown or disregarded.

3. Life is so precious, so utilize it wisely. In general, so much time and emotion are spent battling over matters that ultimately will not produce anything. When it comes to the blogosphere, this is true ten times over. As Torah-observant Jews, our time and energy need to be spent serving Hashem. Are countless hours spent per day on social media and blogs fulfilling this goal?

4. The choir does not need another sermon. Blogposts that are informational or insightful can be of great use in disseminating knowledge and understanding; opinion articles that lack these features are no better than advertisements to consumers who have already become loyal customers.

5. The product very often gets ruined in transit. Many blogposts are superlative and deserve to be read and considered. However, once those who do not agree with them embed them with scathing prefatory attacks for circulation on Facebook, and once the negative and caustic comments get loaded onto these posts, they become irreparably soiled and muddied such that many readers will not consider them with an open mind. It’s comparable to importing certain high-value goods, which, once taxed at export, then in transit and yet again upon import, thereby totally lose their value.

6. There is a major leadership void. We cannot expect our leaders to make public statements about everything, but it is clear that the mushrooming of websites and blogs geared to express opinions, especially to Modern Orthodox audiences, is filling a vacuum, as there is a dearth of leadership speaking out and providing guidance on many of the issues of the day. (As I have written previously, I do not believe that Modern Orthodoxy was ever intended to be a new theology or denomination, such that its leadership would be expected to harbor views that differ significantly from those of the rest of Orthodoxy; Modern Orthodoxy was originally and has been a somewhat more pragmatic and exposed approach within tradition, rather than a distinct ideology. Nonetheless, it has established its own core and constituency, and leadership is needed to provide direction and guidance thereto.)

My own blogposts were intended to share information with those who otherwise would not have received it and to provide voice and analysis which I felt was lacking or was not articulated adequately for common consumption. That said, and despite what I consider to be six non-controversial points above worth pondering, I am confident that this essay will be ruthlessly and enthusiastically slammed and smeared by a dozen blogs and Facebook pages which immediately come to mind.

But that does not faze me. As despite the six talking points above, the blogosphere ultimately provides a much needed and highly unique service, and I and others will do our part to contribute as we see useful and necessary, ignoring the bruises and scars that come with the work.