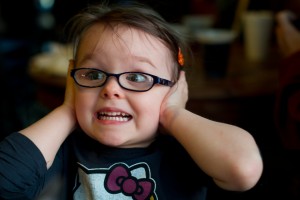 You probably know that when a person loses some hearing, it can never be recovered.

But did you know that 10 million Americans suffer noise-induced hearing loss? Or that exposure to some common sounds, even for limited periods of time, can cause permanent hearing damage?

Loud sounds damage microscopic hair cells, known as stereocilia, that line the ear, leading, in time, to the need to use hearing aids.

Uninterested? Stay with me, please. This is going somewhere important.

According to the World Health Organization, 15 minutes of 100 decibel noise is considered unsafe.

The music of an average chasunah band registers at approximately 110 decibels – with many bands considerably, even greatly, exceeding that.

In fact, professional musicians are almost four times more likely to suffer noise-induced hearing loss than other people, according to researchers who analyzed health insurance records of 7 million people from 2004 to 2008.

The professionals were also about 57 percent more likely to suffer tinnitus – constant ringing in the ears.

Musicians have learned the hard way about the damage they cause to themselves, and that is why one sees many musicians wearing earplugs when they perform.

Baruch Hashem, multiple chasunos take place every night when halachah permits. The community has grown, and so has the number of simchos it celebrates. But there is a hidden cost to those celebrations: future hearing loss to the celebrants. Especially children who are present, as a child’s ears are more sensitive than those of adults to sound.

Published research yields the fact that about 12.5 percent of American children between the ages of 6 and 19 have measurable noise-induced hearing loss in one or both ears. And the average American child is probably not as often exposed to loud music as are siblings of chassanim and kallos.

There’s no escaping the fact: When we attend simchos that feature loud bands, we are injuring ourselves; and, if they are with us, our children.

Many people innately sense that fact, even if they are unaware of the science or statistics. They just feel discomfort or pain in their ears at celebrations. One increasingly sees chasunah attendees who had the prudence to bring earplugs, and who quickly put them in place as soon as the band strikes up. And others who, in pain, run out into the lobby to escape their audio-rodef.

Can anything be done about this hidden danger? Of course. We just need the will and foresight to do it.

My wife and I, baruch Hashem, have had the good fortune to walk most of our children to the chuppah. At every chasunah but one (where the mechutanim’s good friend, a band leader, supplied the music), there was a one-man band, in which circumstance the volume of the music is more easily controlled – and control it the band-man did, as per the instructions he received.

I have attended many chasunos with any number of band members, and can attest to the fact that the simchah felt and expressed by the guests at our chasunos was in no way less enthusiastic than at any multi-instrumented affair. Or any louder one.

Band leaders will tell you that their parnassah is dependent, indirectly, on the loud volume of their musical offerings. Friends of the chasson and kallah, they claim, insist on louder music, “to get them going.” And those friends will, b’ezras Hashem, be celebrating their own marriages one day, and will surely hire only the loudest bands.

If that is true, then the chasson and kallah in those cases are, sadly, bereft of true friends, who would not need their eardrums overstimulated to celebrate their friends’ marriages. Music should aid the simchah; it is not what creates it.

So, when you are next planning to walk your child to the chuppah, consider doing one of two things:

Distributing earplugs to all guests as they sit down to the seudah.

Or stipulating to the band person or leader, when he is hired, that he will only be compensated for his great and appreciated efforts and talent if the music is kept to whatever decibel level you decide is safe for your guests. (Someone with the ability to download a decibel-measuring app to a phone can aid you here.)

You’ll be doing your part not only to make the simchah more enjoyable to the majority of the guests, but to help ensure that when the chosson, kallah and their friends are walking their own children to the chuppah, they won’t be wearing hearing aids.