Yoatzot: What We Learned 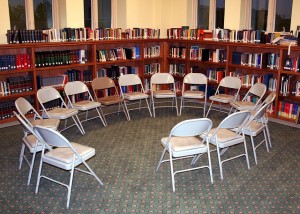 Contrary to some of the rather strident reactions to the recent piece, I would rank the article one of the most successful ever to appear in Cross-Currents. Despite the imputing of all kinds of nefarious objectives, the purpose really was that different parts of the community would hear the arguments – and the passion – of others. I believe the exchange allowed people from the more yeshivish community to learn about something they regarded with suspicion, and see some of that hesitation ease. Those outside of the yeshivish community came eyeball to eyeball with the skittishness of some about what is becoming a new institution in Orthodox life.

Suffering the abuse of many is a small price to pay for a successful learning exercise. All the more so since the abuse was often dished out by those who had nothing else to gain other than kavod shomayim. May they be rewarded for their passion!

Here are some things that I believe we have learned from it. (With this, we will be closing comments to the last piece. Not wanting to reignite passions, we will publish few, if any, comments to this piece. The discussion should now take place within local communities.)