What Happens When You Mix Yeshiva Guys With Oxford? 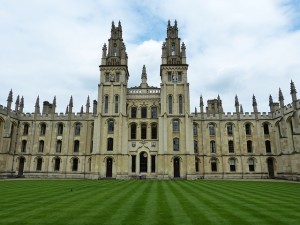 It was not the deepest moment at the Tikvah Institue for Yeshiva Men, but it may have been the most revelatory. Roger Scruton, one of the most significant public intellectuals in the UK and an active Anglican, sat with the participants in a late Thursday night informal session. Earlier, Professor Scruton, who arrived from London entirely clueless about the beliefs and mannerisms of the yeshiva community, had declaimed about the history of conservatism and the tension between the world view of traditionalists and progressives. Now it was the turn of the yeshiva men to offer a bit of insight into their world.

They taught him about cholent. And kugel.

One of the participants, an enterprising good soul devoted to minhag Yisrael, was unwilling to forego the time-honored tradition, so he sent out to Great Neck to deliver needed supplies to the Glen Cove Mansion.

The good professor, whose teaching style was everything that we would expect from an Oxford don, liked the stuff. It reminded him, he reflected, of an Irish stew. Just as significantly, the author of more than forty books on philosophy enjoyed quaffing some brew we brought in for the occasion. He had earlier spoken with disdain about the American Revolution for its brazenness against His Majesty King George. Nonetheless, he was genuinely delighted by the Rebel IPA, despite the visage of Sam Adams, Patriot and Brewer, that peered at him with satisfaction from the bottle.

Beyond a light-hearted moment after a full day of programming (generally 7:15AM to 9:30PM; one of the lecturers exclaimed at the conclusion of three days of teaching, “These guys aren’t scholars – they are athletes”), the encounter spoke eloquently about the goals of the program. Only a small number of the participants had any formal secular education. No Rhodes scholars were among them. Yet, the discussion around the table before people dug into the cholent was stimulating , intense, and on point. The group could not drop names from 19th century European philosophy, but they held their own in following sophisticated material, and firing back with intelligent criticism and questions.

The next morning the group, almost entirely unfamiliar what secular philosophy did or how it operated, sat in the thrall of a brilliant mind lecturing on the topic of areas of human experience that simply could not be addressed adequately by science, and could be appreciated only through belief in G-d. The upshot, which he made quite clear, was that a society that marginalized G-d would become necessarily incomplete, as well as increasingly primitive.

The point of the encounter was not, of course, to encourage participants to enroll in PhD programs in philosophy. Participants took away from their time with Dr. Scruton a deeper understanding of what stake the non-Jewish world has in the maintenance of tradition. They saw from ringside how scholarly minds worked, what tools they used, how they organize their presentations. (Subliminally, they absorbed that the world at large is home to some very bright, committed and likeable people.) They heard new ways of expressing old truths, and understood that some of those ways would be effective in addressing wider audiences, if they chose to do so in the future. They also understood that they were equipped with material from Torah sources that non-Jewish thinkers had to do without.

All of this was consistent with the overarching goal of the program – giving yeshiva men an opportunity to consider the application of Torah thought to a broad range of contemporary issues, especially ones that impact upon Torah life. For an entire week, they were exposed to some of the best, most exciting minds in both the Torah and secular worlds – in the latter case, both Jewish and non-Jewish.

Early on, they spent a few hours with Bill Kristol, perhaps the most famous neo-conservative in the US today. He held forth informally about his beliefs, his mentors and guides, his hopes as a non-Orthodox Jew for the continuity of Judaism among the non-Orthodox, and his concession that this was more of a wish and a hope than a strategy.

Dr. Robert George, considered by many to be the most significant conservative Catholic intellectual in the US today, acquainted the group with his special expertise. Dr. George plays a large role in the reemergence of “natural law” treatment of moral issues, usually based – whether they say it or not – on a robust confidence that there must be good reasons for whatever G-d demands of human beings. In other words, he and his students are often the people who provide reasonable explanations for unpopular positions like traditional marriage, opposing abortion on demand, and suppression of pornography. He delivered an emotional appeal for bnei Torah to study the materials and techniques, so that they can play a role in the struggle to prevent the further erosion of morality in Western society, and all the social ills already found in its wake. (His position was given a huge boost over several days by Dr. Daniel Mark, a frum protégé of Dr. George, who engaged in particularly spirited exchanges with the students.)

At Prof. George’s specific request, he was joined by someone very well known to many of the participants: R. Ahron Kotler. (After a visit to Lakewood by Dr. George and some of his Princeton colleagues, the two became good friends. That visit was conceived of by Cross-Currents reader Prof. Chaim Saiman of Villanova.) R. Kotler with great tact and conviction forcefully argued that the yeshiva has its own role to play through single-minded dedication to learning, and that leaves time for little else. He gave away nothing, while still identifying with Prof. George’s battle, but more than left the door open to bnei Torah joining it once they end their beis medrash years.

The students knew that Tikvah’s mission is not religious, but concerned with increasing the role of conservative values both here and in Israel. Many came in believing that this had something to do with voting Republican. By the time they left, they became thoroughly acquainted with the history of conservative thought from the time of Edmund Burke, down to the present existence of four distinct kinds of conservatives. They learned about the vastly different positions of Jefferson, Madison, and Hamilton in shaping a constitution for the US, and how those positions related to questions about the nature of political systems, and the nature of Man. They studied how conservative/liberal differences affect the size of government, and the trust people ought to put in government planning and free-markets. Through the incredibly inspired teaching of Dr. Jim Ceaser, Professor of Politics at the University of Virginia and Senior Fellow at the Hoover Institution, the Tikvah chevrah came to understand that labels they thought they understood actually had far less to do with political parties than fundamentally different world-views that attached importance to “givens” about nature or to the ability of human reason to progressively shape a better world.

What did all of this have to do with Torah, and their core identities as bnei Torah? The Torah, we would think, speaks to Jews and Jewish society about fulfilling Man’s duties to Hashem, not to the pragmatic issues of running a government or dealing with global economies. Several quickly pointed to the Ran in his Derashos, and his distinction between beis din and the melech.

A succession of Torah personalities showed them that Torah literature is suffused with concerns, positions and guidance about the mega-issues that all of us face. R. Jeremy Kagan offered hours on the deeper meaning and dynamics of galus, based on the machshavah of R. Moshe Shapiro. R. Aharon Lopiansky showed over a few days how issues of free-market competition, price controls, wage supports, local planning, protectionism and others play out in the gemara. While many cannot be applied to more complex economies, he showed that it is simply incorrect to believe that the Torah has no preferences for how societies should be structured, and the values it hopes will be incorporated.

The breadth he displayed in harmonizing halachic and hashkafic sources (including, I am happy to say, much material from R. Samson Raphael Hirsch) provided participants with a close look at a talmid chacham who is perfectly at home thinking through the large issues of contemporary society, understanding its literature, and responding with Torah clarity. No sooner did he leave than R. Yitzchok Breitowitz arrived for the final days, and provided similar balance, addressing issues like halacha in the (non-Jewish) public square, and reimagining the role of a Jewish state and our attitudes towards it.

While the content was fascinating, students may have gained more from the ishiyus of our Torah presenters: upbeat, encouraging, devoid of sarcasm, open to considering diverse opinions on some matters, but supremely confident in the centrality and beauty of Torah and limud Torah.

Acting as mother hens over the entire process, and occasionally interjecting content and material, were R. Mark Gottlieb of Tikvah and Jonathan Rosenblum, who may have picked up enough content for a few months of columns.

The participants (from BMG, Mir, Brisk, RIET’s Kollel Elyon, Ner Israel, Chabad and Chevron) were effusive in their praise for the program. None, however, could have been as pleased as myself who first proposed the program, and see it as confirmation of the treasure-trove of committed talent in our batei medrash – talent with which to relate to future challenges to Torah communities here and in Israel, if only given a chance.