Will the Real Modern Orthodoxy Please Stand Up? 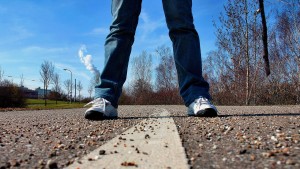 Rabbi Ysoscher Katz’ feisty assailment of Rabbi Dr. David Berger’s July 2nd reply to Rabbis Avi Weiss and Asher Lopatin – both in Jewish Link of New Jersey – is nothing short of startling. Whether he realized it or not, Rabbi Katz, in the course of explaining to Dr. Berger what Modern Orthodoxy is (all while sniping at Dr. Berger’s own alleged misunderstanding thereof), veered so far off the Orthodox course as to assert that Modern Orthodoxy has an entirely different approach to Halacha, and that Modern Orthodox philosophical worldview should substantially impact Modern Orthodox halachic adjudication. These shocking proclamations may well describe the Open Orthodox/Neo/Conservative denomination – and they seem to fit it pretty darn well – yet they surely do not have anything to do with Modern Orthodoxy. (We speak here of official Modern Orthodox policy and accepted theology, notwithstanding the unfortunate fact that much of Modern Orthodoxy has routinely suffered from some laxity in observance on the part of laity.)

Before we even address this radical new path, it is ironic that someone from an intense Williamsburg Chassidic background, with no Modern Orthodox schooling (irrespective of his current position at Yeshivat Chovevei Torah, the base of Open Orthodoxy), can rebuke and lecture a scholarly rabbi and eminent Orthodox historian trained by Yeshiva University, who also serves as dean of its graduate school for Jewish Studies, about the basics of Modern Orthodoxy. Dr. Berger is the embodiment of the best of Modern Orthodoxy. But be that as it may…

Having been educated, employed and professionally affiliated in the Modern Orthodox system for decades, I have heard and probably studied every possible explanation and major nuance of Modern Orthodoxy and the teachings of the sages from which Modern Orthodoxy claims to derive its approach. The concepts which Rabbi Katz articulated are totally foreign to the discourse; I cannot state it strongly enough.

His Modern Orthodoxy is a compilation of two disparate value systems which operate side by side. For him, the Modern Orthodox ethos is primarily Orthodox with a mere nod to modernity, its core, though, is exclusively Orthodox. Consequently, according to him, Modern Orthodox adjudication of capital crimes should look no different than if it were adjudicated by a chareidi posek; process (research) and product (conclusion) should be indistinguishable.

…Once the posek has identified the relevant sources, they have to be made compatible with many of the external variables the posek needs to evaluate in order to make the ruling relevant.

Modern halachic adjudication is about making the eternal contemporary…

According to Rabbi Katz, the core of Modern Orthodoxy is not “exclusively Orthodox”, and Modern Orthodox halachic processes should operate differently, such that Halacha should not be decided according to traditional methodology, but should instead reflect a philosophy that is a mixture of Torah and secular values.

Rabbi Katz calls for total integration and synthesis of Torah and secularism, arriving at a new concoction, which he claims is the true Modern Orthodoxy. However, in stark contrast, the notion of Synthesis, as espoused by Yeshiva University Presidents Drs. Bernard Revel and Samuel Belkin, reflects a synthesis of knowledge within the individual – such that the Orthodox Jew should be learned both in Torah and in worldly studies – and does not in any way represent a synthesized pedagogy or theology, as embraced by Rabbi Katz. (See Belkin, Essays in Traditional Jewish Thought, p. 17.)

Modern Orthodoxy, according to its leadership, calls for an unwavering and unadulterated commitment to complete belief in the Ikkarei Ha-Emunah, the Cardinal Principles of Faith, with an uncompromising fidelity to the traditional halachic system, all the while being part of the outside world, educated in its knowledge and engaged with its offerings and achievements. Hence, yes indeed, although rejected by Rabbi Katz, “Modern Orthodox adjudication of capital crimes should look no different than if it were adjudicated by a chareidi posek; process (research) and product (conclusion) should be indistinguishable”.

Numerous close talmidim (students) of Rav Soloveitchik have told me that the Rav never used the term “Modern Orthodoxy”; there was only plain, unmodified “Orthodox Judaism” or “Torah Judaism”. The Orthodox/Torah Jew’s active participation in the secular world and higher academia did not modify his Orthodox/Torah identity and hashkafa (outlook).