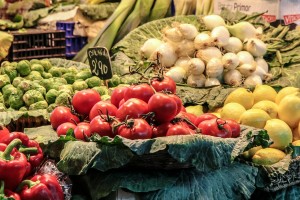 “We should seriously consider eliminating municipal police departments and increasing the issuance of gun permits to responsible and stable citizens. High-profile individuals and institutions anyway retain private security detail, and recent police shootings and allegations of misconduct demonstrate that many communities do not trust the police. We would be better off without police forces, letting people protect themselves as they see fit.”

“Medical and drug licensing boards and agencies should be scrapped. People anyway are able to see doctors who are not board-certified, many supplements are sold without FDA approval, and the bureaucracy of these boards and agencies, not to mention the politics, have diminished the public trust in them. We should seriously consider total privatization and deregulation of the medical and drug industries.”

Although these arguments are fallacious and hugely irresponsible, as the goals they promote would massively endanger the public, and the institutions that would be dismantled provide infinitely more good than bad, despite their shortcomings, the logic behind these arguments is nearly identical to that employed by Dr. Shuki Friedman in his Haaretz article, The End of the Chief Rabbinate?

Friedman, whose Ne’emenei Torah Va’Avodah organization is governed by some of the most controversial personalities in and near the Orthodox orbit, implicitly argues for privatization of religious services and the dismantling of the Chief Rabbinate of the State of Israel:

About 90 years ago, Rabbi Abraham Isaac Hacohen Kook established the Chief Rabbinate. Now it has died, or at least there is another large and important nail in its coffin. This week, rabbis who are considered central to and accepted in the religious Zionist community converted six children in a private rabbinical court. In doing so they provided legitimacy and support to a growing stream of activities whose objective is to provide religious services that bypass the Chief Rabbinate.

The role of the Chief Rabbinate in Israel is to offer religious and halakhic leadership (pertaining to religious law,) and it is responsible for providing religious services and deciding on halakhic policy regarding these services. On the issues of conversion, marriage and divorce, kashrut and burial, it has the last word, as an institution, and occasionally by dint of law.

In both these roles, the Chief Rabbinate has failed. By its actions and its policy it has rendered itself irrelevant.

There is no community in the State of Israel that accepts the discipline and the rulings of its rabbis. The secular community has no interest in the rabbinate and it never interested the Haredim, the ultra-Orthodox; they have always had and continue to have their own deciders and leaders. The religious Zionist community, which in the past sanctified the Chief Rabbinate, has abandoned it since the Haredim took over key positions.

In the area of kashrut, dozens of Haredi Badatzim (ultra-Orthodox bodies granting kashrut certificates) have been operating for years, bypassing the rabbinate with their meticulous and stringent standards. They usually operate alongside the kashrut supervisors from the rabbinate, but recently several organizations have begun to provide kashrut supervision according to Orthodox standards, without turning to the supervisors from the local religious councils. In Jerusalem, and now in Tel Aviv too, those who wish to do so can eat kosher without the involvement of the Chief Rabbinate.

When it comes to marriage, with the granting of equal status to common-law spouses and the creation of alternatives to marriage registration, the demand for marriage through the rabbinate is steadily declining. Even among those who want to marry according to halakha, many prefer to do so privately without registering with the rabbinate. And even divorce, which was an absolutely monopoly of the Chief Rabbinate, is now being granted by private rabbinical courts of rabbis who are moved by the plight of agunot, women who cannot divorce, and who understand that the solution will not be found in the rabbinate’s courts.

And now conversion. The establishment of a network of rabbinical conversion courts led by central religious Zionist rabbis, who were once proud of the official status of the Chief Rabbinate, is a dramatic change. These courts are challenging the last monopoly of the rabbinate, even though at present they are converting only children – conversion that is halakhically more complex. The meaning of this step is that those rabbis are aware of the rabbinate’s inability to provide a halakhic solution to the challenge of conversion. It is clear to everyone that this will be followed by the conversion of adults, and then by the establishment of a system that will enable those converts, whose Jewishness will not be recognized by the rabbinate, to marry.

The rabbinate, the Haredi factions and several members of Habayit Hayehudi are fighting a losing battle against this trend. Out of political interests rather than concern for the Jewish character of the state, they are trying, by means of enforcement and legislation, to change the trend. But these are vain attempts. The horses have fled the stable. Even if the law that mandates turning to the rabbinate is etched in stone, if the public doesn’t go to the rabbinate and doesn’t use its services, it won’t be relevant.

The trend towards privatization of religious services heralds not only the death of the rabbinate – it creates a de-facto separation between religion and the state. The less relevant the rabbinate and the official and established religious services it provides, the more significant the separation between religion and the state. And if that is the actual situation, in the end the legislators will have no choice but to recognize it by means of legislation as well.

If one considers Judaism to be a business or a lifestyle choice, then speaking of privatization of services makes sense. There can be competing standards of merchandise (conversions, halachic personal status), there are no absolutes, and freedom of commerce is paramount for the success and satisfaction of the industry’s players and consumers. However, if Judaism is about fulfilling objective, divinely-mandated requirements, and lapses in Halacha can be of calamitous and eternal significance, there is no room for error; halachic “safety” cannot be risked, and games cannot be played.

Those who seek to apply their own standards for conversion (and marriage and divorce), even if the standards are endorsed by some leading lights in the private rabbinate and a liberal Orthodox rabbinical organization, are placing the Israeli public in jeopardy and are performing a grave disservice to their clients, or their free-market customers, as per the mindset of Friedman. Rather than submit to a heightened standard which all rabbinic authorities recognize and accept, assuring uniformity of halachic personal status, this move will create different levels and classes of people within these ultra-sensitive areas, such that there will be new and sizable groups of Israelis whose Jewishness and halachic personal status will be subject to dispute and rejection. The stakes are way too high to unilaterally introduce new and contested standards, in violation of consensus and the larger structure of halachic authority.  (Please also see this very important article on the subject.)

The Chief Rabbinate, like all regulatory bodies, surely has its flaws, but assuring uniform and unquestionable acceptability of Jewish and halachic personal status is something immeasurably more important and vastly eclipsing of politics and bureaucratic inefficiency.

This glaring reality, which demands sensitivity to the irrevocable ramifications of introducing new, disputed practices and standards in the most delicate realms of Halacha and Jewish identity, is well-recognized by the majority of religious Zionist rabbinic leadership, which has unequivocally rejected the  autonomous establishment and implementation of alternative rabbinic conversion courts.

There is no community in the State of Israel that accepts the discipline and the rulings of its rabbis. The secular community has no interest in the rabbinate and it never interested the Haredim, the ultra-Orthodox; they have always had and continue to have their own deciders and leaders. The religious Zionist community, which in the past sanctified the Chief Rabbinate, has abandoned it since the Haredim took over key positions.

The obvious truth is that the all communities throughout the Orthodox spectrum (perhaps excepting that of Friedman) and well beyond realize the critical importance of the Chief Rabbinate as the gatekeeper for halachic standards, even if such communities opt to apply additional standards on a private level. The vastly overwhelming majority of Orthodox leaders and communities in the State of Israel will immediately express their wholehearted desire for the Chief Rabbinate to endure and tenaciously safeguard; contrary to Friedman’s contentions, the need for the Chief Rabbinate is robustly affirmed by the communities he cites toward the contrary.

Retaining uniform halachic standards versus introducing free-market Judaism: for some, there may be room to debate and consider. For those who recognize the gravity of what is at stake, the question cannot even be asked.