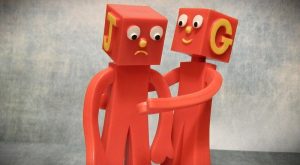 Or maybe just cluelessness. In any event, UTJ’s proposed legislation to create a recognized “therapist” designation to seminary girls after taking a few courses in art or play therapy is a terrible idea. A few courses do not substitute for a few years of course work, and hundreds of hours of supervised field work. UTJ wants its watered-down curriculum (it would, for example, skip certain topics deemed inappropriate for sem girls) recognized by the government as the equivalent of a master’s degree!

It is no secret here that the haredi landscape is littered with the remains of casualties of self-appointed “therapists” who ply their incompetence on a population often skeptical of the people with real training, because they have been poisoned by detested universities. (Add to this the assumption that there is little of value in any secular pursuits, so minds shaped in a Torah environment clearly can learn in a matter of weeks what takes others years to master.) This proposal can only further victimize the charedi population – and enable the next Chaim Walders as well.

To get the fuller story, read this courageous piece by Amudim (the place that so much of the American yeshiva community goes for addiction, abuse, and crisis response assistance) CEO Rabbi Zvi Gluck. And then stop and think about just how antics like this from charedi politicians are supposed to be upholding our Torah values, like they tell us before elections.