Chayei Sara — What’s in a Non-Name? 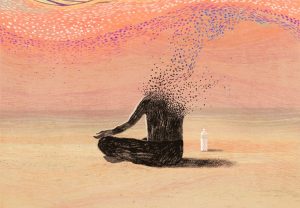 A riddle I like to ask people is how many times Eliezer’s name is mentioned in parshas Chayei Sara, where his being charged with finding a wife for Yitzchak and his mission’s success are recounted at length. If a hint is needed, I offer the fact that it’s a round number.

That’s surprising, of course, considering the important role Eliezer plays in making that crucial shidduch between Yitzchak and Rivka. His mission is in fact recounted in detail, twice – once in conversation with Avraham and again when it takes place.

Why he is only referred to as “the servant of Avraham” and not by his name seems a pregnant fact.

What occurs is that, even though Eliezer had hoped that his own daughter might be the one Yitzchak would marry (a hope hinted in the word ulai, “perhaps,” spelled eilai, “to me” – Beraishis 24:39), once he received his marching orders, he acted entirely altruistically, as a totally dedicated servant, as someone without… any sense of self. And, thus, in the Torah’s account, without a name – the reification of self.

A sense of self is a terribly hard thing to shed. As the Ramban notes in his Perush Mishnayos (Makkos, 3:16), while it is rare for anyone to do a mitzvah entirely altruistically, without any concern whatsoever for result or reward or how his act will be perceived by others, achieving that even a single time renders one a ben olam haba.

And Eliezer’s efforts on Avraham’s behalf are an example of such pure altruism, and perhaps evidenced in the dearth of his name in the parsha.

Ironically, though – or, perhaps, understandably (and certainly uniquely, considering he was a Canaanite) – his name was chosen for a tanna, and by countless Jewish parents over the centuries when naming their sons.

My Ami column last week , “Grayer But No Wiser,” can be read here.

And a long piece I wrote about the death of a young man under mysterious circumstances at a government weapons facility also appeared in last week’s Ami . The article isn’t available online, but if you’re interested in reading it, copies of the magazine are available at many kosher supermarkets and bookstores.