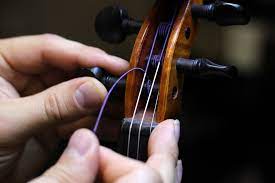 Although the Talmud’s comment on the phrase “They are My servants” – “but not the servants of servants” (Bava Kamma 116b) – has a technical, halachic meaning, it also hints at a broader one.

In other words, not only does it say that a Jew cannot own another Jew, it also signals that Jews are not to indenture themselves to causes other than the Jewish mandate. Not to a political party, social cause or personality. A Jew’s exclusive ultimate role is to be a servant of Hashem.

Because the freedom we were divinely granted from Egyptian bondage was not what many consider “freedom” – libertinism, the loss of all fetters. It was a passage from being “servants to servants” – to Egyptians and Egyptian mores – to becoming servants of Hashem. As Moshe, in Hashem’s name, ordered Pharaoh: “Let my people go so that they may serve Me” (Shemos 9:1).

The Hebrew word for freedom, cherus, the Mishna (Avos, 6:2) notes, can be vowelled to render charus, “etched,” as the Aseres Hadibros were on the luchos.  “The only free person,” the Mishna concludes, “is the one immersed in Torah.”

True freedom doesn’t mean being retired and moneyed, lying on a beach with sunshine on one’s face and a cold beer within reach, without a care or beckoning task.

In the words of Iyov, “Man is born to toil” (5:7).  True freedom, counterintuitively, comes from hard work.  Applying ourselves to a higher purpose liberates us from the limitations of our inner Egypts, and is what can bring true meaning to our lives.

“I have on my table a violin string. It is free to move in any direction I like. If I twist one end, it responds; it is free.

“But it is not free to sing. So I take it and fix it into my violin. I bind it, and when it is bound, it is free for the first time to sing.”

A timely metaphor, as we progress from Pesach, the holiday of our release from bondage, to Shavuos, the day we entered servitude to the Divine. And when, like on Pesach, we will sing the words of Hallel.

My most recent Ami Magazine column, “Gaffe Track,” can be read here.