Vayeishev – Gone, But Not Forever 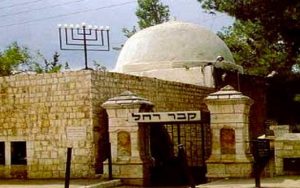 When Yaakov Avinu is shown his son Yosef’s blood-soaked coat, “All his sons and daughters sought to comfort him; but he refused to be comforted” (Beraishis, 37:35).

Quoting the Midrash Rabbah (84:20), Rashi explains that, under normal circumstances, there is a Divine decree that people will come to terms with the loss of someone they love. Life would be unbearable without the diminishment of the pain of such a loss (Rashi, Pesachim 54b).

But the Divinely ordained reality of consolation, the Midrash explains, is only operative when the person being mourned is in fact deceased. Hence, Yaakov’s inability to be comforted, as Yosef was still very much alive.

Intriguingly, there is another person who similarly could not be comforted. In fact, it is Yaakov’s wife, Rachel, centuries later, lamenting from heaven the exile of the Jewish people.

A cry is heard in Ramah

Rachel weeping for her children.

She refuses to be comforted

There, too, her inability to be comforted, like her husband’s when shown Yosef’s coat, stemmed from the fact that she was lamenting a people who only seemingly “are gone,” but are in fact only temporarily lost but destined to be found.

As the navi continues, with Hashem telling Rachel:

Restrain your voice from weeping,

Your eyes from shedding tears;

For there is a reward for your labor

They shall return from the enemy’s land. (ibid, 15)

Just as Yosef ends up being reunited with his father, so will all of Klal Yisrael “return to their borders” (ibid, 16).

My most recent Ami column, “Lout Loutishness,” can be read at:

https://www.rabbiavishafran.com/loud-loutishness-decibels-arent-arguments/
Two tweets about the murderous terrorist attack yesterday in Jerusalem are at @RabbiAviShafran .
Finally, my father, a”h’s, fifth yahrtzeit is this Wednesday.  Several years before he passed away, he and I collaborated on a book about his experiences in Poland, Siberia and Baltimore.  It is titled: “Fire, Ice, Air” and, if you have interest in reading it, it can be obtained at
https://www.amazon.com/Fire-Ice-Air-Yeshiva-Siberia/dp/0615598196 .