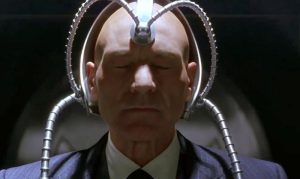 A word often translated as “hunting” is used by the Torah to characterize Esav — “a man who knows hunting” (Beraishis 25:27). Likewise, earlier, to describe Nimrod — “a powerful hunter” (10:9).

Rashi explains that the word in Esav’s case refers to his ability to mislead his father Yitzchak. Regarding Nimrod, similarly, Rashi comments that he employed language and subterfuge to amass followers.

But the Hebrew word used in both cases, tzayid, doesn’t really mean hunt, but, rather, “trap,” as per the definition of tzad, one of the actions forbidden on Shabbos. And, as per Rashi’s comments, the idea of trapping fits well — colloquially, we might say of a good debater that he “trapped” his opponent.

Trapping, in hilchos Shabbos, is defined as “confining” an animal — closing the door to a room, for instance, that a deer has entered (Shabbos 106b).

In its own way, misleading a person does much the same: it confines the victim to a particular mindset, disallowing him to consider other ways of thinking. That is how con men and demagogues operate, by cutting off their casualties’ ability to regard things objectively, leaving them “trapped” in a slyly manufactured perspective.

Much of our world today suffers from being “confined” to particular ways of thinking. Whether it is a mullah convincing followers that Jews are evil or a political leader persuading masses that his enemies are theirs and that he alone can save them, Esavs and Nimrods, unfortunately, still abound, perniciously confining minds.

My most recent Ami Magazine column, “Critical Race Leery,” can be read here.