Parshas Shoftim – We’re All In This Together 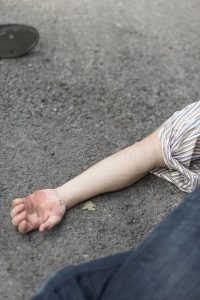 Why, of course the elders of the nearest city didn’t kill the man! So what is the meaning — in the case of a person found murdered on the road, where the ritual of egla arufa is prescribed — of their requirement to say, “Our hands did not spill this blood”? (Devarim 21:7)

As the Mishneh (Sotah 45b) explains, what the elders must affirm is that they did not even send the visitor off without food or accompaniment as he left their city.

And so, by their declaration, they are guiltless even of that. So why is an “atonement” — which the egla arufa is called — necessary? For whom does it atone? The murderer? Certainly not. If he is subsequently discovered and convicted in court, he is executed (ibid 47b).

It seems clear that, as the pasuk itself states starkly, the atonement is for “Your people Yisrael” (Devarim 21:8). What could that mean? What did the Jewish people do to the victim?

There are interpersonal actions that Chazal equate in some way to more obvious crimes. Lashon hara, for instance, is characterized by Chazal as “killing” (Arachin 15b).

Rav Dessler notes that when Achan, one man, misappropriated spoils after the first battle of Yehoshua’s conquest of Canaan, it is described as the sin of the entire people (Yehoshua 7:1). Had the people as a whole, he explains, been sufficiently sensitive to the commandment to shun the city’s spoils, even if they did not violate it themselves, Achan would not have been able to commit his sin.

Perhaps here, too, even if no particular person was directly responsible for the wayfarer’s murder, what enabled so terrible an act to happen might have been the reaching of a “critical mass” of murder-insensitivity on the part of many others, or their commission of things that Chazal liken to murder.

If so, the murder understandably requires a communal atonement.

It’s a timely thought. Entering the period of the Jewish year when we recite the “Ashamnu” litany, we might ponder the use of the first-person plural in that confession of sins, and recognize that even if we are individually innocent of the actual sin, we might still, in subtle ways, have contributed to the ability of a fellow Jew to actually commit it. We’re all in this together.

My most recent Ami column, about a proposal to require women to register, just as men currently must, with the Selective Service, can be read here.  And a piece about the Israeli Olympic medalist who is unable to marry in Israel is here.