Parshas Re’ei — What’s With the Wealth? 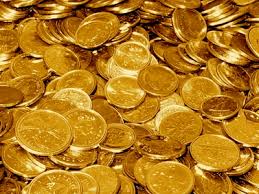 Affluence isn’t something extolled by the Torah. In Judaism wealth is neither a praiseworthy aspiration nor a meaningful achievement.

Which makes Rabbi Yochanan’s homiletic interpretation of the Torah’s words “A tithe shall you tithe [te’aser]” (Devarim 14:22) somewhat puzzling.

The Torah, he says, is hinting “Take a tithe [asser] so that [in the merit of your charity] you will become wealthy [tis’asher]” (Taanis 9a).

Even aside from the unduplicated-elsewhere promise of wealth here, we are taught that a person’s financial state is something that is decreed at the beginning of the Jewish year and cannot be changed by things he or she may do.

As Rabbi Tachlifa (Beitzah 16a) put it: “All of a person’s income [for the coming year] is determined for him [during the ten days] between Rosh Hashanah until Yom Kippur, except for the money he spends for Shabbos and holidays, and to pay for his children’s Torah education. If he spends less [for any of these] he is given less, and if he spends more he is given more.”

So what’s with the wealth? Why is it suddenly offered as a reward for a mitzvah?

What occurs is that Chazal define wealth elsewhere, and it does not mean a large bank account or abundance of possessions.

Wealth — with apologies to Wall Street — is not a tangible thing; it is a state of mind.

The millionaire who is pained by his lack of a larger yacht isn’t wealthy. The pensioner who hasn’t the slightest desire for a boat and finds joy in his modest possessions is.

And so perhaps the Torah is promising those who invest wisely in charity true wealth: joy in what one has. Quite a reward indeed.

My most recent Ami column, “Deconstructing Antisemitism”, can be read here.

And a piece I wrote about the Alta Fixsler case for Religion News Service, and which appeared in The Washington Post, can be read here.