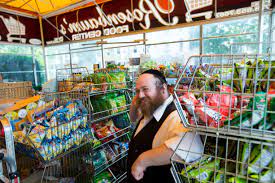 There’s been a full-court press of late against Hasidic education in New York by a small number of yeshiva graduates who are agitating for authorities to force additional secular studies curricula on their erstwhile communities’ schools.

Whatever broader disgruntlement the activists may harbor for their former communities, they cite the ostensible educational deprivation suffered by Hasidic children and their inability to eventually navigate the wider world and make a living.

Leaving aside the not-insignificant issue of interfering with parents’ educational choices, there is no groundswell of sentiment in Hasidic communities for changing the educational systems they have had in place for decades. But what is more, and more germane, is the fact that the agitators are, well, no need to dance around it, promoting lies.

To be sure, some Hasidic schools, in keeping with their strong emphasis on religious learning and cultural identity, offer a more condensed secular studies program than other yeshivas. All schools — private and public — have room for improvement, and Hasidic yeshivas are no different. A good number of yeshivas have in fact created curricular material to meaningfully enhance their secular studies program. Those efforts should be encouraged, not attacked.

One thing is certain: Hasidic children receive meaningful educations. The very essence of Talmud study — the mainstay of yeshivas’ focus — involves analysis of texts, multiple languages, logic, and viewing concepts from a variety of perspectives. The rigor of a Talmudic education hones students’ critical thinking — a most important part of a quality education and a productive life — to a degree well beyond what most public schools offer.

The crusaders’ claim about Hasidic poverty also conveys an inaccurate picture. Parental income in these communities is, on average, higher than the mean in New York City. Yes, in large families, money is often tight. But no Hasidic child goes hungry or is inadequately clothed, and Hasidim happily forgo luxuries others may consider necessities.

There is, moreover, an entrepreneurial spirit that has enabled Hasidim to start businesses — businesses that have created tens of thousands of jobs for New Yorkers of all backgrounds.

Other Hasidim are gainfully employed as salespersons, plumbers and electricians, car repairmen, electronics sellers and suppliers of religious needs. Hasidim support their families and pay their taxes. And the responsibility of haves for have-nots is a holy given in the Hasidic world.

There are also training programs like COPE Education for Business (full disclosure: It is a project of Agudath Israel of America, my employer) and Jewish institutions of higher learning that have educated countless Hasidim and continue to do so.

I am not Hasidic myself, but I live in a neighborhood in Staten Island that has seen a recent large influx of Hasidim. Among those I have met are several business owners, a baker, an accountant or two, a speech therapist and, to my amusement, a personal trainer. So to assert, as critics do, that some lack of stress on secular studies in Hasidic schools has resulted in an impoverished and hopeless community is utter nonsense.

Something more — and more important than all the above — is entirely ignored by the agitators and critics.

While broader society determines success in terms of professional accomplishments, fame or wealth, truly thoughtful religious people, including religious Jews, employ a very different measure: How well one is using his or her years in the service of man and God. To such people, unpopular as their worldview may be, professions and jobs have no intrinsic value; they are simply ways to make a living and keep one’s family sheltered, fed and clothed.

A Hasidic business owner or professional, in other words, wants to be able to look back at his life at its end and take comfort in having lived not the life of a this-or-that Jewish CEO or professional, but rather that of a Jew who, as it happened, had a job or profession.

Instilling that attitude, whether subscribed to by others or not, is something that Orthodox parents see as the most important part of their children’s upbringing and education. If their child grows up to be an accomplished professional but lacks that understanding of life, his parents will consider themselves to have failed in his education.

Some may find such an attitude disturbing, and may even condescendingly wish to disabuse us of so unfashionable a stance. But embracing a nonmaterialistic philosophy of life and wishing to impart the same to the next generation is the very essence of Orthodox Judaism. All people of faith should be permitted their own choices of priorities in life, and in the education of their young.

Shafran, a rabbi, serves as director of public affairs for Agudath Israel of America.