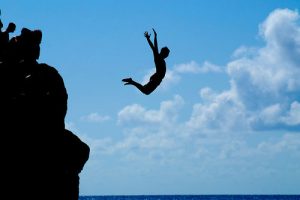 A strange and strangely familiar phrase is found in Rashi, commenting on the Torah’s introduction of the account of the mekalel, the blasphemer, with “And he went out” (Vayikra, 24:10)

Rashi, quoting Rabi Levi in a Midrash, elaborates: “He went out of his world.”  The idea of an individual’s personal “world” is also employed by the renowned 18th century Italian mystic Rav Moshe Chaim Luzzato in the very first sentence of his famous work Mesilas Yesharim. He introduces his book by stating that the essence and root of human service to the Divine begins with a person’s effort to clarify and establish “what his obligation is in his world.”

That each of us has his or her own world is a curious notion.  I think it means that each of us has a unique spiritual essence that needs to be expressed in a unique way and utilized in service to Hashem. Intriguingly, that idea resonates powerfully with the second Midrash Rashi cites about the phrase “And he went out” — that the blasphemer has just left the court of Moshe, where he had lost his case.

That case involved his claim, since his mother was Jewish (although his father was an Egyptian) that he was entitled to a portion of land in the area of his mother’s tribe, Dan. The ruling, however, was that, while he was a member of the Jewish people, he — uniquely, among the people — owned no portion of the land.

That left him with two options: Either to accept that fate, and recognize that it was “his world” – a personal situation that somehow positioned him for a particular, singular role to play in society.  Or to reject the ruling angrily.  He chose the second path, and then some.  Thus he “left” not only the court but his world.

Some people who see their life circumstances as “unfair” face a similar choice. The key to true success in life — which, of course, is unrelated to profession, wealth, fame or pleasure —  is seizing one’s individual, unique circumstance, no matter how limiting or painful or puzzling it may be, recognizing that it is his or her “own world” –what makes them special.  And then, after ascertaining what that specialness seems to demand, getting down to work.