Shiva and Isolation In a World of Mourners (Part 1) 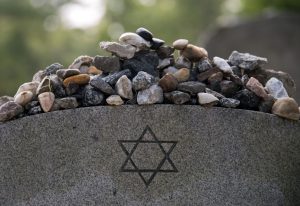 Until beating a hasty retreat while I could still find a flight back to Israel, I was sitting shiva[1] for my mother הכ”ם in Brooklyn. It was eerie. We have come to think of shiva as a way to aid the grieving of mourners though cathartic conversations about their loved one with friends who offer insight or support. A few intrepid friends came – including a number of important rabbonim whose presence embarrassed me. For the most part, it was emails and phone calls. The personal visits were a fraction of those who came fifteen years ago, when my father ע”ה was niftar. Everyone of those electronic communications was precious. But now, sitting in the isolation of a mandatory 14-day quarantine, I can now testify that they are not as effective as being surrounded by well-wishers.

Maybe more importantly, I had to think of what consoling a mourner meant in a world that was in a state of anticipatory mourning. I remembered one of the meaningful messages conveyed by one of my visitors fifteen years ago, Dr. Yoel Jakobovits. When his father, UK Chief Rabbi Lord Immanuel Jakobovits died, the timing was such that he was an onen for a relatively long time.[2] He found it jarring and strange that at the time we need the comfort of the practice of our mitzvos the most, they are taken from us. Why should this be? Why, when we need the connection with Him the most, are the familiar means to that connection denied us?

He asked Rav Shmuel Auerbach, zt”l, about this when the latter paid a shiva call. Rav Shmuel replied, “It is worthwhile to pry people away from מצות אנשים מלומדה / the practice of mitzvos by rote.”

A sobering thought. The Torah seizes an opportunity that does not come often, but is very effective. By denying us the safety and security of our mitzvos, we step back and appreciate them as never before. Unable to daven and learn, we long for the resumption of the opportunity to do so.

Is this not where we all find ourselves right now? How much we miss the ability to go to shul, or to learn with a chavrusa! We spend much time often complaining about the schools to which we send our children. As we try to supervise their home schooling and find it exhausting, do we not today have a higher regard for the classroom than we did a week ago? How much more do we value ordinary social interactions than we did a short while ago.

Others have also suggested that Covid-19 has forced a global reset on us.[3] I would try to distill it further. We have seen the institutions that we rely upon vanish before our eyes. That may have some positive value. Convenience and familiarity have allowed us to confuse those institutions with the values they were designed to support. We have confused the means with the ends. We have an opportunity to rethink and repurpose them.

There is one more. The tenacity of many of us to hold on to treasured practices is admirable. It shows us (and proves to the world) that Jews do not view the mitzvos as an impossible burden to bear (as some of our competitors have claimed about Torah), but as a cherished opportunity. To be sure, some have gone too far, and endangered themselves and others. Part of the reason for that is a lethal fixity. They have learned that there is only one way to serve Hashem. Subconsciously they believe that any change, even if it does not involve violating halacha, must mean giving up one’s means of gaining eternal life.

This is a gross error. Jews must be resilient and able to change. The error has ramifications in other areas as well. We believe that there is a “best” way to serve Hashem, and are profoundly disturbed when we cannot act the way we envision it. Why, we ask, could Hashem not have created us richer, smarter, or more talented? We would serve Him so much better if He had spared us that last illness, or bad investment, or obstreperous child!

The Slonimer Rebbe, zt”l, makes a theme of this. We cannot – we may not! – rue the situation we are in. Life is an avodah, and He asks each of us to respond to its needs. We cannot dictate what kind of avodah we wish to perform. The particular avodah may be difficult. It might depress us at times (not all of us are tzadikim who can transcend human reactions), till we remember His closeness and love. But He calls the shots. Not us. If we find ourselves forbidden to enter shuls and yeshivos, we cannot pound at Heaven’s gates angrily demanding to be let in. We must instead ask “What does He want us to do in this changed set of circumstances?”

May He point the way through this crisis, never before experienced on such a scale. And may we soon see His salvation.

[This is the first of several projected installments]

This may be the first that many of my friends are learning of my mother’s petirah on Shushan Purim. Los Angeles in particular, our home for almost 40 years, somehow did not find out.

My mother grew up as an only child in a quiet town in southwest Germany called Konstanz. It appears that her family came from the outlying villages around the larger town. There was not a great deal of Torah sophistication there, but people escaped Reform and remained loyal to Shabbos and kashrus. (As Professor Judy Bleich pointed out when she visited, even though an estimated 90% of German Jewry fell prey to Reform after the Emancipation, the more rural and simpler folks contributed much of the 10% that survived.) She lost her father (of course, a WWI veteran for Germany) to Addison’s at age six. She was seventeen when the knock came on the door in 1940 that she and her mother had ten minutes to take one bag each. She remembered to pack her siddur, which I now have.

It was a very early deportation – 36 hours on a train to Vichy France. My sister and I had a hard time trusting her memory about conditions there, but I’ve since learned that they were worse than she remembered. It was a concentration camp, not an extermination camp. The Nazis had not yet figured out what they were going to do with those Jews. Disease and death were rampant. But because the Final Solution was not yet in effect, she was able to leave after a year and a half, and get to the US by way of Marseille and Casablanca. Soon after, the gates closed, and prisoners were shipped to Auschwitz.

She saw her children, grandchildren, and 59 great-grandchildren become much frummer than what she saw in her childhood, but she grew into the role. In her later years, she became the advocate for the lonely and forlorn at the senior center at Young Israel of Queens Valley (which likely added years to her life), as well as Rabbi Steinberg’s Tehillim shiur.

In May, she would have turned 97. She will be missed by many, many people.

(Anyone wishing to honor her is requested to take a masechta of mishnayos for the shloshim, at https://www.lzechernishmas.com/signup.php Go to open siyumim, and find Trudy Adlerstein to sign up.)