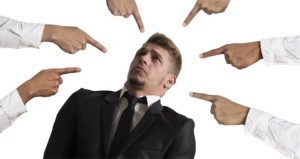 I understand the justification for placing Louis Farrakhan and a company shunning business in the West Bank on the same spectrum, if far from each other.  But no one should be puzzled by my opting not to do so.

I deeply appreciate Rabbi Adlerstein’s assumption that I try to be careful with words (though I want to note that what I write for Hamodia and post on Cross-Currents, unless otherwise noted, is my own opinion, not posted on behalf of Agudath Israel).  But it is precisely that concern that has let me to my position here.

My fear is that using the phrase “anti-Semite” too loosely softens it, renders it less of the ugly pejorative it needs to be. And so applying it to Airbnb without any actual evidence of anti-Israel animus is, to me, counterproductive.

Were Airbnb to advocate a boycott of Israel (which is what the BDS movement does), I would indeed consider the company to be on the anti-Israel (these days, reasonably understood as anti-Semitic) plane.  But it pointedly does not.  On the contrary, it limited its ban to settlements in the West Bank.  Parts of Jerusalem claimed by Palestinians were not included.  Neither were Jewish homes in established West Bank cities like Hebron.

Many Israelis oppose keeping “the territories” in limbo – neither annexed nor part of an actual Palestinian state.  Whether or not such a state is a good idea, those Israelis are obviously not anti-Semites. Neither are at least some non-Jews who feel like those Israelis do. And so, to label Airbnb anti-Semitic for acknowledging a widely held (even among Israelis) political position (whatever we may think of it) is, to me, unwarranted.  And ill-conceived, for the reason above, that it moderates the ugliness of “anti-Semitism.”

Again, I fully understand the desire to call out anything that has the effect of singling out Jews.  And I feel that Airbnb should be held to account for its inexcusable double standard.  I just don’t think it should be called anti-Semitic.