Not All Discrimination is Hatred-Fueled 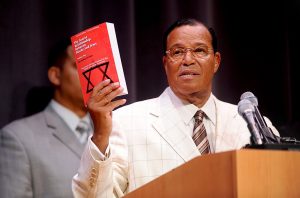 Finally!  Something my cherished chaver Rabbi Yitzchak Adlerstein and I can agreeably disagree about.  Though, alas, I don’t think the disagreement is as weighty as he thinks.

Rather than recap our respective positions, they are easily consultable in my Hamodia column “Crazy Attention” and his rejoinder “Airbnb is Anti-Semitic,” both recently posted here on Cross-Currents.

What we seem to differ on is the definition of anti-Semitism.  With all due respect to Natan Sharansky’s litmus test, I do not consider any double standard that has negative impact on Jews or Israel to constitute Jew-hatred.  I consider only Jew-hatred to be Jew hatred. Hostility, that is, toward Jews… as Jews.

If an action or position has negative impact on Jews, even on Jews alone, it may indeed be the result of animus against Jews; but it also may not. It may be discrimination, even indefensible, even illegal.  But if the reason for it isn’t hatred of Jews qua Jews, it isn’t – at least in my definition – anti-Semitism.

For example: There are non-Jews in upstate New York who pass zoning regulations aimed to prevent groups of Orthodox Jews from moving into their towns.  Some of those citizens are clearly Jew-haters.  Others (and I have privately met and spoken with a number of them) are clearly not, but rather simply don’t want their bucolic, rural, sparsely populated towns to be transformed. They don’t care who the agents of that transformation might be.

I (and the Agudah) oppose their efforts all the same.  They are discriminatory and engineered to prevent Jews from living where they choose.  That is wrong, discrimination, in fact, illegal.  But to call those who are motivated by Jew-neutral concerns anti-Semites is a bridge too far for me.

Airbnb is cowardly and “ludicrously inconsistent,” as I explicitly wrote.  But until and unless someone uncovers some evidence of hatred of Jews behind the company’s decision to hold Israel to a standard to which it does not (yet, that is; it claims to be examining other countries deemed occupiers of disputed territories) hold other countries, I feel it is wrong to label the company or its decision “anti-Semitic.”

Is that a distinction with a difference?

Rabbi Adlerstein (and others, as I noted in my piece) would answer no.  There, though, is the real crux of our disagreement.

The reason I think it is important to distinguish between hatred-fueled discrimination against Jews or Israel and other-factor-fueled de facto discrimination against them is that by widening the definition of anti-Semitism to include the latter, we weaken the power of the phrase when it is invoked to apply to the former.

Are Airbnb and the New York upstaters worried about apartment buildings being erected on their rolling hills on the same spectrum as Louis Farrakhan and David Duke?  Rabbi Adlerstein, who will remain my friend no matter what, and others are welcome to answer in the affirmative.

For my part, though, I see them as qualitatively, clearly and crucially different.  I want to reserve the accusation of Jew hatred for those who hate Jews.