Response to a Reader 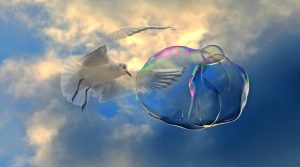 An anonymous reader submitted this:

What was the point of this article? If it was to demonstrate the high moral ground of Rabbi Adlerstein, it succeeded admirably, and we can view this article as a fitting follow-up to his comments celebrating the end of apartheid in South Africa, and his socially conscious shiva visits to various photogenic locations. But if this article was actually attempting to better the situation, then this sort of adverse publicity causes just terrible damage and a horrible chilul Hashem, and is ultimately completely counter-productive. But perhaps Rabbi Adlerstein belongs to the [deleted] school of thought, where publicising every single misdemanour or anyone even remotely connected to the frum community, is viewed as a great mitzvah. May God protect us from [deleted] and his like.

I thank Anonymous for an opportunity to clarify several important points.

Just as I thought that the world could not get any worse, I learn that I might be thought – even sarcastically – to occupy the “high moral ground.” If that were true, the world indeed would be even more pitiable than commonly thought.

What Anonymous probably meant is that some of the views I’ve expressed could be seen, relative to other views in the community, as more “progressive,” or more willing to concede that the world beyond our borders is not all a Dante’s Inferno of chaos and worthlessness. At times I’ve implied or even stated that we in the Torah community should go beyond sympathy for the general good, and even play a role in bolstering it.

Guilty as charged. In those areas, I am drawn not only to the general goodness we seen espoused in Tanach and by Chazal, but specifically to the descriptions of the Torah Jew that we see so forcefully advocated by the Netziv (in his hakdamah to Bereishis) and R. Shimon Shkop (hakdamah to Shaarei Yosher) – descriptions in which we are told to nurture feelings for all of humanity

But I don’t write to gain accolades from the readership – which means the concomitant disapproval of likely a greater number on the side of Anonymous. I write because there are many, many in the Torah world with similar sensitivities and leanings, who feel marginalized or oppressed by much of the rhetoric they hear around them. Some of them are in danger of losing their commitment to all the other things that make the Torah community unique and important to us. For some, the feeling of anomie can even be the first step on the way to walking out. I write to remind those Jews that they are not alone, by any means, and to encourage them to stay the course. I write to give them chizuk, not to irritate or even influence Anonymous.

Anonymous is wrong about another point. Calling attention to misdeeds within our ranks is not always counterproductive, and does not always endanger the community. It often does quite the opposite. To be sure, it is terrible to give our enemies more ammunition. We ought not spread word of Jewish misdeeds far and wide. But when the word is already out – when the details of those misdeeds are well situated in the public domain, and everyone has easy access to them (like a series by Fox!) – then one of the most important ways to deal with them is by acknowledging them, and criticizing them from within. Think of all the calls by decent Americans – not the hard-core haters – for major Muslim leaders to criticize the extremists. Think of all the suspicion – sometimes warranted, sometimes not – of other Muslims when they are seen as too slow or unwilling to criticize their coreligionists. Why should we think that people will regard us differently? Because we aren’t terrorists? Where faults exist, the expectation of decent Americans is that we acknowledge them, rather than cover up for them. Additionally, when the reportage itself is in error, we have little chance of convincing the writers unless we show that we can be modeh al ha-emes.

I reiterate what I have said and written before. American Orthodox Jews are living in a bubble. It might be time to get real.