Not Being Accepted as a Female Rabbi, and #MeToo 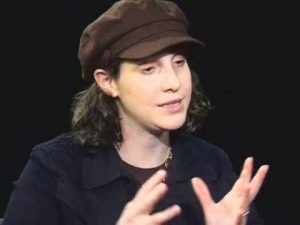 In a recent New York Daily News article, Rabba Sara Hurwitz, one of the two female clergy members at Hebrew Institute of Riverdale (HIR) and dean of Yeshivat Maharat (the Open Orthodox rabbinical school for women, which is housed at HIR), writes that:

… the Orthodox Jewish community is also a male-dominated “locker-room” where women are harassed, demeaned and marginalized.

When women are shut out of leadership positions, silenced — and, worse, made invisible — it is easy to objectify us…

Some congregants even left the synagogue when I was ordained, despite there being no Jewish law that prohibits women from assuming clergy roles.

Ms. Hurwitz in large part bases her allegations of harassment, marginalization and being shut out on a rejection of female rabbinic status, adding that “my experiences are shared by other ordained Orthodox women in leadership positions, who have told me stories of being marginalized or having crude and insensitive comments directed at them. “

People need to act with derech eretz, but not every insult is a manifestation of sexual harassment.

Moreover, when people do not accept the concept of female clergy, it is not based on chauvinism, but on broad-based, consensus rulings from the generation’s preeminent halachic authorities, who have stated in no uncertain terms that women may not serve as Jewish clergy. (Please see this RCA resolution, which specifies that women may neither be ordained nor hired by Orthodox institutions as clergy, and this OU rabbinic panel ruling, which states that synagogues should not appoint women to serve as clergy.) Ms. Hurwitz is well aware of these rulings, yet she disingenuously presents the issue of female clergy as clearly permissible, and then proceeds to use rabbinic rejection of female clergy as a basis for claims of harassment. For shame.

This Chanukah season, let us instead take lesson from the Chashmona’im, who fought for Divine truth, adherence to Torah standards and purity in Avodas Hashem.