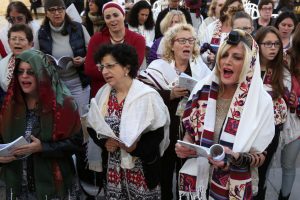 Leaders of the Jewish Federations of North America and local federations have spoken out loudly about their disappointment in the Israeli government’s decision to suspend the Kotel resolution and about a contentious conversion bill that was recently put on hold.

A self-described Jewish state, of course, must maintain some Jewish standard, both with regard to its holy places and its definitions of personal status.  The only reasonable standard in all such matters is that of the mutual Jewish past, the Jewish religious tradition, or halacha.

There are those, unfortunately, who agitate for different standards in Israel.  That is their prerogative as individuals.  But the historic role of Jewish federations has been to provide support and solace for disadvantaged or endangered Jews and to mobilize the community to come to Israel’s aid when it is threatened.  Taking sides in religious controversies anywhere, and certainly in Israel, egregiously breaches the boundaries of that role.

It also entirely ignores the American Orthodox community, which harbors quite different sentiments.

The most conservative estimates are that 10% of American Jewry is Orthodox.  The Orthodox community, moreover, is poised to become a much more prominent sector of American Jewry.  More than a quarter of all American Jews 17 years of age or younger are Orthodox.  And even at present, the great majority of Jewishly engaged American Jews, those whose lives are infused with Judaism (and, not to mention, who are among the most strongly involved with Israel) are the Orthodox.

Any American Jew can, again, hold and promote a personal position on any issue, including the current ones in Israel.  But federations are communal entities, not private ones.  By proclaiming positions on religious controversies and ignoring the convictions of American Orthodox Jewry, federation leaders do grave damage to the very Jewish unity they profess as a goal.