A Trip to the Museum, and a Trip to Faith 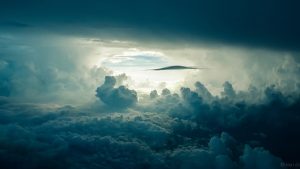 If you live in New York City and need to keep kids busy on a hot summer day, you go to a good museum and hope that the kids will take interest in at least some of the exhibits. Well, that’s what we ended up doing yesterday on day number two of the long Fourth of July break. Although the kids did take an interest in some of what we saw (especially an amazing IMAX film – almost always a sure winner), I came away with a mussar lesson that dovetailed with the end of this past week’s Parshas Ha-Shavua (for those of us in Chutz La-Aretz/outside the Land of Israel).

After viewing the IMAX film and being exposed to the most incredible manifestations of Nifla’os Ha-Borei (Wonders of the Creator), both in terms of breathtaking beauty as well as in terms of myriad complex mechanisms working in harmony and loudly declaring that Someone purposefully designed and structured them, as is obvious to any objective onlooker, and after visiting a fascinating exhibit about microbes, which detailed the unbelievably intricate and purposefully designed systems and worlds of microbes which inhabit every segment of every organism and perform a symphony of functions that enable every organism to grow and survive – something that can blow your mind to witness, as only a Being of very advanced intelligence, well surpassing that of humans, could create such sophisticated networks and devices – we went to the “space show”, expecting to be further bedazzled by the spectacle and details of endless constellations, which we knew were placed in perfect orbit by their Grand Designer.

Our expectations were very much frustrated.

Instead, the space show was devoted entirely to postulating how the galaxies must have formed on their own, or created themselves, to be more precise. We were presented with theories that have been proffered to resolve mysteries of the physical universe – theories that are so creative and that border on mental gymnastics, such that they give new definition to the concept of blind faith and belief in the fantastic. Novel, indemonstrable types of energy and forces were presented as fact in order to explain the appearance of a universe that originally contracted and then expanded; the existence of galaxies and heat millions of light years away from Earth was described as being the result of accidental, freak one-time events hundreds of billions of years ago. The emergence of life was likewise portrayed as the product of coincidence and happenstance, when a random explosion of unidentified energy gave birth to all. (It was indicated to us that based on this logic of accident, the existence of extraterrestrial life in other galaxies is a compelling assumption.)

The average man on the street already accepts much of this as absolute truth, due to these concepts being drummed into secular educational curricula and popular scientific media, but when taken objectively by one not already inculcated with these concepts, they come across as quite forced and even contrived.

Although we do not know exactly which forces and mechanisms Hashem generated and harnessed in His creation of the universe, and uncharted cosmic powers and energies, including those in the theories promoted by astronomers, may very well have been central to Creation, the fingerprints of the Divine unmistakably cover the universe, as each of its countless features evidences purposeful and profound synchronization and intentionally interconnected configurations and systems – yet it was entertaining to see the great and extreme lengths to which people will go to avoid recognition thereof, and especially to avoid recognition of a directed genesis of a mature, completed world ex nihilo. The theories presented in the space show were so fantastic and sounded almost mythical, such that one need not be an expert in refuting heresy or in much of anything else in order to sense that he can dismiss it all and walk away with disbelief. (When we arrived home, I asked a few family members if they knew the cause of an apparent spill in the kitchen which had occurred earlier in the day. Although it was clear that something overflowed as a person was preparing food, I momentarily suggested that the spill represented a process that occurred on its own. I fabricated a series of unlikely and implausible events that happened over an extended period of time which caused the food to pour itself onto a surface, as that was the only way to present a theory that avoided an intelligent force having directly caused the spill. My family members realized that my suggestion was quite unrealistic, as it denied the obvious and resorted to convoluted theories that demanded belief in a fanciful set of elaborate suppositions, all to avoid intelligent intervention. The nimshal [object of the comparison] was clear.)

Again, Hashem may very well have employed all of the theorized forces cited earlier in order to create the universe; we do not know, and we accept the fact that we do not know.

It is this concept of “we do not know” which forms the basis of our faith – a faith that is firm, but that is humble as regards God’s infiniteness and omnipotence.

Techeles and Lavan represent two approaches of man, to himself and to the world outside of himself. Lavan in Hebrew signifies white as a color, but it also signifies distinctiveness and openness. Lavan denotes rationality, simplicity, and truthfulness which is obvious. Something which is fundamental, which constitutes an elementary truth, is Lavan…

Techeles is just the opposite… Techeles resembles the firmament, the blue sea, the sea resembles the sky, and the sky resembles the Celestial Throne… Distance, inapproachability. Something which is beyond my reach. Something which is outside and beyond my control. The rakia (sky) is blue because it’s very distant; that’s how Chazal understood it. Very distant. I can never reach it. The sea is blue because it’s very vast, almost endless. I can tell you from my own experience. I experience infinity, endlessness, boundlessness, when I watch two things: the sea and the sky. Of course, the sky is more typical, more expressive. You observe the sky and the constellations of the stars, billions of stars, in terms of astronomical distances – simply your head begins to [feel] dizzy. And of course the Throne of God is above the world, beyond the universe. This is Techeles.

Whatever we cannot reach, whatever is outside of our control, whatever you don’t understand, whatever suggests mystery to us, is considered by Chazal, by our rabbis, the Techeles.

As a matter of fact, the Jewish approach to the world has always been not a uniform one, but an antithetic, ambivalent one. Because the world itself, reality surrounding us, and we ourselves, display two streaks. One streak is the world of rationality. It is a world well-organized, which follows the principle of cause and effect. There are no jumps in this world, and the human mind can grasp the world, can understand it.

On the other hand, the world is sometimes very perplexing. Science has made tremendous progress, fantastic progress, in the field of inorganic matter – physics, chemistry. The whole of technology is based upon our understanding of inorganic matter. As far as organic matter is concerned, science is very much behind. And all the scholars in the world – who placed man on the moon with such precision – are very helpless with regards to certain illnesses, to degenerative disease, very helpless…

If we Jews had the approach of Lavan to our own history, we would not fight for Eretz Yisrael now. From the standpoint of Lavan, the whole business of Eretz Yisrael is just a big hoax. What do you mean? You come into a land which was populated by Arabs, the land is adjacent to Arab land on all sides. There are about 100 million Arabs… It’s batel b’rov (numerically nullified). The Arabs are rich, we are poor. They control the wealth of the world because of their oil… and we are ready to fight. Because the land was promised to us by the Almighty 4000 years ago…

The covenant of 4500 years ago, the dawn of our history, who keeps such an agreement? People who have the approach of Lavan laugh at us; they don’t understand us…

Admitting the limits of human understanding and formulation, and realizing that there will forever be matters that are in the realm of the Divine Mystery and are beyond our grasp, betoken the humility that is expected of the Jew and bespeak the ultimate acceptance of a Master of the Universe.

May we forever draw near to Hashem and continue our quest to know Him as we lovingly grasp both the Lavan and the Techeles.