“Coming Out” and the Orthodox Rabbinate 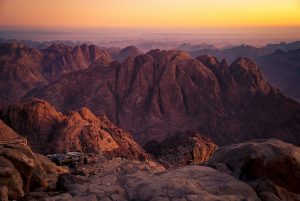 אלו קרבנו לפני הר סיני ולא נתן לנו את התורה דינו – Had God brought us before Mount Sinai and not given us the Torah, it would have sufficed. (Dayenu, Pesach Hagadah)

How would standing at the mount but not receiving the Torah have been of value? What was to be gained by trekking to Sinai for Shavuos and, once there, with immense anticipation and wondrous preparation and introduction, not hearing the Word of God?

The answer is that the experience of standing before a mountain ablaze with holy fire and other divine phenomena, coupled with an intense aura of submission to Hashem, would have instilled in us a vast appreciation of the inestimable greatness and significance of the Torah and a profound sense of awe and commitment to its Author. Stated otherwise, the spirit and values of the Torah, and our duty to yield and surrender to them as expressive of divine authority, are of core import, independent of fulfillment of mitzvos.

As we approach Shavuos, we must consider recent challenges to this foundational concept.

Last Shabbos, two synagogues in Lower Manhattan hosted an LGBT shabbaton. The local Orthodox rabbinate, including Rav Dovid Feinstein and Rav Reuven Feinstein, appealed to the synagogues not to host the shabbaton and to neighborhood residents not to attend it:

All Jews, whatever their challenges or levels of observance, are welcome in all of our shuls.

However, the basic mandate of the Orthodox synagogue is to promote fidelity to our Torah and our mesorah. Sadly, Eshel (the LGBT organization behind the shabbaton) demands that we change the Torah’s timeless standards to accord with prevalent secular attitudes.We are saddened that the Stanton Street Shul and the Sixth Street Community Synagogue have unilaterally chosen to associate our community with an organization which we cannot consider to be Orthodox, one whose stated aims are at odds with the verses of the Torah itself…

No Jewish institution that allies itself with such a group can rightfully claim to be Orthodox. We call upon Stanton Street Shul and the Sixth Street Community Synagogue to publicly distance themselves from Eshel and its decidedly non-Orthodox worldview…

The rabbis who made the statement do not have the monopoly over Orthodoxy or the Torah. Disagreements are healthy and welcome, but they must be voiced with respect. Decisions about what is best for each shul will rightfully differ, but they should be left to the synagogue leadership, and no one should be subject to public shaming.

It is extremely noteworthy, as emphasized in the earlier-linked Jewish Press article, that the local rabbis began their protest letter with, “All Jews, whatever their challenges or levels of observance, are welcome in all of our shuls.” No one banned anyone from shul. Rather, what was being opposed was the public expression of values in shul when those values offend the Torah’s values.

Orthodox folks who are deeply opposed to LGBT inclusion in our community, you can bash me publicly, you can tell those of us pushing for more respect that we’re “not really Orthodox rabbis,” but don’t you dare state that these vulnerable people created in the image of G-d are “abominations,” “worshipers of baal (idolaters),” “need reparative therapy,” and are “deserving of the death penalty.” In continuing to state such horrific things on Facebook (& elsewhere), you are putting lives at risk, destroying the Torah & making G-d a refugee from the world! I beg you, make me your punching bag, rake me over the coals, but lay off the children-at-risk! For the love of G-d! JQY, Eshel

This same person then posted “a delightful interview with the 1st black, gay, Yiddish opera singer” and commented about the opera singer: “Oh yeah & on top of all that, he’s married to the terrific R Mike Rothbaum!”

It is clear that the issue here is one of validating and even celebrating homosexuality. No one is alleging that people who are believed to be homosexual are being barred from shul attendance or participation; rather, a quest for public legitimization is underway.

In another article, also published this week, that argues in favor “gender fluidity” in the Orthodox community, we read:

The standard Orthodox insistence that people simply learn to accept the behaviors expected based on their biological sex is inhumane and anti-soul.

We have thus been told by the above people militating for the LGBT cause that public LGBT expression is something that Orthodoxy has no right to oppose, that those who oppose it are attackers, and that homosexual relationships are something to celebrate. (Please also see here.)

Others around the Orthodox orbit seem to feel that the correct position on this issue is less than clear. Here is the approach of an Open Orthodox seminary:

“Is our priority as rabbis to the Orthodox community, or to all of klal yisrael? Should women be ordained as rabbis? Should same-sex couples be permitted to have an aufruf in our synagogues? Should Israel be actively working towards withdrawing settlements from the West Bank? Should a rabbi discuss politics from the pulpit? Is Judaism the sole arbiter of Truth?”

These were just some of the challenges that confronted us from our very first day of Yeshivah. No, but literally. On our first day of Yeshivah, the entire school participated in a “Vote with Your Feet” activity. A moderator, Rabbi Dan Milner, would read a prompt, and we would distribute ourselves around the room according to our reaction. “If you agree, head to one side; if you disagree, head to the other.” Everything in between conveyed the spectrum of our persuasions.

Each of us came with our opinions and personal convictions. We were passionate, we were eager. We were convinced that the answers to these questions would guide our rabbinical careers. For many of us, these were the questions with which we had been grappling for years; for others, these were new, uncharted waters. The activity was exciting and intimidating, comforting and overwhelming, reassuring and perhaps even frightening.

From our very first day in Yeshivah, we were invited into this conversation. And we quickly realized that it was the questions, not the answers, which defined our mission. While answers are personal and transient, questions are universal and eternal.

Rather than unequivocally taking a stand for Torah values, this institution treated the idea of an aufruf for a same-sex couple as an open question that can be disagreed upon.

The Torah’s values and laws must be accepted and affirmed regardless of how society feels about them. Rav Yosef B. Soloveitchik zt”l remarked concerning our topic:

A philosophy of [homo]sexualism is being preached throughout the Western world, to such an extent that a certain rabbi came to me and said, “How can we defend ourselves against it?” I told him, take out a Chumash and read a pasuk. ואת זכר לא תשכב משכבי אשה. (“You shall not lie with a male as with a woman.” -Vayikra 18:22) We are on the defensive, you understand. Why? And the same is true of abortion and so forth. (1974 Boston shiur, published here on p.92. Please also see Rav Soloveitchik’s Clear Stand on Homosexuality.)

There are no secular ethics; ethics are decreed by God, and man cannot legislate his own moral laws…

Either man accepts the authority of God as legislator of the moral norm, be it individual or social, or he gives up his attempts to mold a moral conscience and to organize (or organizes? – AG) a society upon the foundation of a man-made relativistic morality… Just as one may neither separate the social norm from the theological faith premise, similarly, one should not try to accept the theological faith premise without embracing the rest of the Commandments…

Teach them how to surrender one’s intellectual pride and arrogance and commit oneself to the Almighty, even though his reason is unable to comprehend the moral necessity and practical utility of the Chok (law whose reason cannot be understood by people)…

That is the basic reason why secular ethics has failed. Because the element of Chok is not understandable and not comprehensible to secular man. When everything is reduced to Mishpat (law that resonates with people), there is no morality.

Rav Soloveitchik ruled that although one should counsel homosexuals who come for help, such counseling may not validate homosexual relationships.

The truth is that rabbis across the globe confidentially counsel homosexuals, and people who are believed to privately harbor homosexual proclivities are commonly included in minyanim and other shul activities. But to countenance public LGBT expression as something Orthodox, as an identity to communally share, or as a celebration, is anathema to Torah values. Those who seek to introduce public LGBT expression into the public Orthodox realm are in fact imposing the intolerable and should not be surprised when their agenda is strongly rejected. It is no different than attempting to introduce any other agenda into an ideological system with which that agenda is incompatible, yet here we deal with not any ideology, but with the Holy Torah and an immutable, divine value system. As such, the level of offense and the nature of the affront are far more acute.

Rav Aharon Feldman, shlita, penned a must-read letter to a ba’al teshuva with a clear homosexual orientation. Navigating the delicate path between forbidden homosexual activity and being a committed, frum Jew, Rav Feldman creates a blueprint and lays forth a mandate for such a person to remain in the community and to be a vital part of it – not by in any way legitimizing homosexual activity, but by moving beyond it and committing to a life of Torah and mitzvos and productivity for Yiddishkeit and K’lal Yisroel. This stands in stark contrast with those who seek to revise traditional Torah values and validate that which the Torah strictly prohibits.

We are at a real crossroads, and perhaps at a dangerous precipice. Will we accommodate that which the Torah condemns, even if such accommodation is limited to values and ideals and not technical halachic violation, or will we be brave like Avrohom Avinu and take a quite unpopular stand, upholding Torah values and beliefs, while attempting to raise others in tandem and draw them close to uncompromised Torah commitment?

Will we emulate the example of our forebears and approach Sinai in a quest to devote ourselves to the Torah’s values? If we cannot do so, we forfeit our claim to the Torah. But if we can do so, valiantly and audaciously defying societal trends in the face of scorn and condemnation, we will merit to receive the Torah and perpetuate its ethos and eternal and holy message for all future generations.