Lessons of a Viral Video 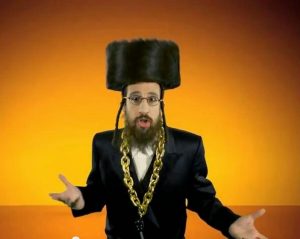 This article is written under the assumption that most every Cross-Currents reader is by now familiar with a viral video which has taken the Jewish world by storm — very much against the wishes of its subjects, two Bais Yaakov students. If you are among the few who has not seen it, I know that they would prefer that you not go find it now. The secular media may not understand why these girls might not want their “15 minutes of fame,” but I admit that I’m surprised an organ like the Jewish Press would publish the video. [Notably, some upload sites, e.g. “Ellentube,” have removed it.]

But now that this video is “out there,” and has been commented upon by so many, it’s quite apparent what people have missed. This video dispels many stereotypes about the Orthodox world and is in many ways inspirational… but you won’t see that in any of the coverage.

First of all, describing the video as “illicit” (as the Forward did) is a disservice, as it implies the girls did something wrong. So too all the idle speculations about whether they’ll get suspended. Did these commenters not attend high school? Certain of my high school contemporaries were rumored to have done any number of (truly) illicit things, none of which they did in the high school hallway in the middle of the school day. I imagine that if these girls attended a school that would suspend a girl for rapping, and intended to do a rap anyways, that they wouldn’t do so with teachers around every corner. I could be wrong, but that’s my feeling.

The only thing wrong with the video was someone foolishly uploading it to social media without their permission (the story I have heard is that it traveled from one private WhatsApp group to another, and from there to Facebook), and people sharing it all over. And even that was foolish and/or wrong, but not “illicit.”

But what do we learn?

1) People in our community do know what’s going on “out there,” and choose to be “in here.”

One cannot, of course, fail to notice that the girls rap and beatbox — well. Credit the Times of Israel for observing that “it goes to show you that you can’t assume that young women wearing long, dark skirts and educated in a sheltered environment don’t know what’s going on in popular mainstream culture.”

2) These girls know they may be choosing a life of financial sacrifice in order to support a husband in Kollel, raise a projected seven children and send them to day school (while, of course, paying full taxes in most states). They expect at one point to live in a two-bedroom apartment with three kids, and that’s what they look forward to doing.

To the outside observer, this may be inconceivable. The Times of Israel calls the rap “critical of widespread poverty in [the] ultra-Orthodox community” and claims that “the middle verses describing the life of young parents in the Orthodox community can be understood as being less than complimentary, if not sarcastically critical.”

Perhaps I do not share that writer’s cynicism, because the lyrics simply don’t read that way. The girls are being sarcastic and funny — “the kitchen’s so spacious, two people almost fit” — about their own projected lack of income; they’re not rebelling or criticizing the system. They hope to say on their deathbeds that they have “lived a full full life dedicated to Hashem,” and consider a small apartment simply part of the process.

3) They are focused upon the future, upon serving HaShem, and even upon the arc of their lives.

Excuse me for a moment here. Master of the Universe! Look what your children talk about for fun! Their version of fun, and play, and recreation, is rapping about a full life dedicated to You. They’re looking at their futures instead of “living for the moment.” They have a mission in mind — to build a Jewish home, to raise children, even to be “bubbies” who “wait for our grandchildren to come make noise.” What the Forward describes as a “somewhat morbid ending” is the girls thinking about their final moments on earth and what they hope to have accomplished by then. It’s phenomenal.

Two of my own daughters were just on a Shabbaton. At three in the morning, several girls were sitting around discussing one of the talks they had heard, and one girl thought to compare what she would be sitting around talking about with her friends at three o’clock in the morning, if she didn’t have the privilege to be part of the Torah community. Yes, the girls on the video may have been rapping and beatboxing, but the world hasn’t heard rapping this positive and inspirational since Matisyahu was frum.

4) They are proud to be Jewish women. They don’t have any aspiration to be men, or to take the role of men in Orthodox Jewish society. On the contrary, they delight in the prospect of being mothers and bubbies, and express the belief that their lives will be rich and fulfilling.

5) They very much value their Tzniyus, and are mortified this ever became public. Yes, they didn’t do anything wrong. Yes, everything they rapped about was commendable. But it was a rap, the kind of thing a frum person doesn’t care to be known for. It was meant only to be shared with a close circle of friends, and they simply don’t want the “fifteen minutes of fame” that those outside our community would be delighted to have. [Full disclosure: while in Ohr Somayach, a few friends and I wrote and performed “The Yeshiva Rap” on Purim one year. Thankfully this was in an earlier era, when there were no camera phones to point at us, and no YouTube to which to upload the result.]

6) People outside our community just don’t get us, at all. They don’t understand the mission the girls were rapping about, or their preference that the video not be spread around. The Forward might find the video “delightful,” but none of us can, simply because the girls never wanted it public. As I said, the Jewish Press at least should have had the good taste not to publish it.

Many of us have argued in writing that talk about Orthodox Jews not understanding the “other side” is an exercise in projection — that we have far more contact with non-Orthodox Jews and non-Jews than most non-Orthodox have with us. These girls proved it, through their demonstrated familiarity with the world outside, and that world’s inability to understand them.