Saying It Loudly and Frequently Does Not Make It True: The Tablet Article on PORAT 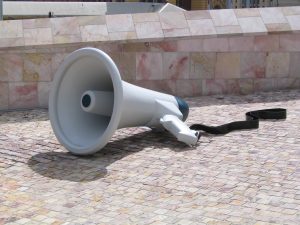 Apparently, it is believed that an aggressive PR blitz which broadcasts pretty much the same information over and over again is the most effective way to convince people that something is good and true. That’s how many readers have described the near-daily promotional articles by the leadership of PORAT, the nascent Progressive Orthodox/Open Orthodox organization.

The latest PORAT article (the fifth PORAT article in about a week), featured in Tablet Magazine and authored by R. Avi Weiss and Rella Feldman, rehashes the appeal for a more open, pluralistic and progressive Orthodoxy, yet places special emphasis on the alleged exclusionary policies of mainstream Modern Orthodoxy over the years. Whereas the recent PORAT article by R. Yitz Greenberg focused on the increased Torah observance expectations of Modern Orthodoxy during the last half century, including R. Greenberg’s lament that the OU now requires all member synagogues to have a mechitza and that the Young Israel movement no longer sponsors mixed dances, this new PORAT missive focuses on Orthodoxy’s allegedly unfair rejection of Progressive Orthodox/Open Orthodox representation, “moving to the right” to create an exclusionary group. Hence:

This past year a growing number of Orthodox rabbis have been declared personae non gratae by institutions and organizations that have been identified with the more centrist streams of Orthodoxy. Some of these instances did not occur in the public eye, and I (Avi) have witnessed them myself: A world-renowned rabbinic figure was invited and then disinvited from serving as a Shabbat scholar-in-residence in a centrist Orthodox synagogue; a rabbi with ordination from the Chief Rabbinate of Israel was denied membership in the Rabbinical Council of America (RCA) because he supported the values of an institution not to their liking. I have also been personally affected: after writing weekly divrei Torah for a widely read Jewish newspaper for many, many years, I was recently was informed that my column would be discontinued because of my association with a more open Orthodoxy…

Indeed, these most recent censures come from more centrist groups. While deeply distressing, this phenomenon of criticism of Modern Orthodoxy from the center, is really the continuation of a trend that has been going on for many years. Consider: many of these institutions prefer the label Centrist Orthodoxy or simply Orthodoxy over Modern Orthodoxy, reflecting a rejection of a true engagement with modernity and its challenges in favor of situating itself merely as a non-extreme-right version of Orthodoxy. Lacking the verve of animating values, it is not surprising that this approach would wind up focusing on drawing lines and establishing borders, with identity politics replacing true religious engagement and constructive responses to communal challenges.

In the past 25 years, the Modern Orthodox community has shifted precipitously to the right. In response, rabbinical schools have been created to graduate men and women as spiritual leaders—Yeshivat Chovevei Torah and Yeshivat Maharat; a new Modern Orthodox rabbinic organization, the International Rabbinic Fellowship, has been formed; a Jewish court, the International Beit Din has been established to deal with the plight of agunot; the Jewish Orthodox Feminist Alliance has come into being; a think tank, The Institute for Jewish Ideas and Ideals, has come on the scene…

What’s missing is a broad, lay organization that subscribes to this more inclusive Modern Orthodoxy. In response, a new national organization called PORAT (literally, “fruitful,” from the acronym People for Orthodox Renaissance And Torah), has been formed. Its founding committee includes leaders from within the Modern Orthodox community, including this article’s authors. But the most central members are lay Modern Orthodox adults of all ages. PORAT is a grassroots organization.

The goal of PORAT is clear: to demonstrate that a critical mass (we believe it is in the tens of thousands) of Orthodox Jews identify with the values of an inclusive Modern Orthodoxy. It will make this point by organizing events around the country, and using the web to encourage individuals to sign on as supporters of PORAT’s values. Unlike the Orthodox Union, which is primarily a federation of synagogues, PORAT is exclusively a “union” of thousands of individuals.

PORAT will focus on providing a platform for civil discourse on the pressing matters challenging our community. People will be encouraged to come forward to join the conversation—without fear of being ostracized or locked out.

It is PORAT that has excluded itself from Orthodoxy, not the reverse.

PORAT contends that it is being unfairly rejected, but the clear facts on the ground are that PORAT has rejected communal norms and key definers of Orthodoxy. One cannot reject core principles and then demand a seat at the organs which abide with fidelity and sincerity to those same core principles.

Aside from PORAT’s leadership omitting from its missives the glaringly critical fact that it is Progressive Orthodoxy’s/Open Orthodoxy’s own actions which have caused it be disenfranchised from mainstream Orthodoxy, PORAT’s litany of attacks against the entire spectrum of Orthodoxy have not helped either. Half a dozen of PORAT’s recent articles have attacked YU, the RCA, the OU, the Young Israel movement, the Rabbanut (Israeli Chief Rabbinate), Israeli hesder yeshivos, and the entire Charedi world, including even Artscroll. One prominent PORAT leader has denied in writing the Singular Divine Authorship of the Torah, another senior PORAT leader has articulated ideas that are blatantly non-Orthodox (e.g. this leader wrote that the Covenant of Sinai is no longer binding after the Holocaust), and many PORAT leaders are at the extreme fringe of Orthodoxy. (Please see here and here.) And no PORAT leader has said anything positive about the increased Talmud Torah (Torah study) and mitzvah observance that have been embraced by Modern Orthodox communities over the past decades, in which many people who had previously never really learned Torah became active in shiurim and in independent learning, and individuals who were not as careful in mitzvah observance expressed greater interest and seriousness about their observance.

Orthodoxy must be welcoming, dynamic, warm, inclusive, loving and inspiring. But this cannot be done by forsaking principles. It can be done by appreciating and encouraging fidelity to authentic Judaism and by doing our best to bring others near to it.