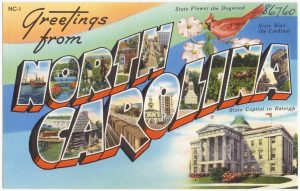 It’s described all over mainstream media as the North Carolina Anti-LGBT Law – intentionally creating a picture of old-time Southern bigotry, conjuring up images of signs in North Carolina establishments that bar people from entrance or deny them the right to be served. Journalistic flourish at its best.

The truth is that the matter under immediate dispute is that North Carolina had the chutzpa, as contended by homosexual/transgender lobbying organs, to insist that only men, being defined as human beings with male physiology, be allowed to enter men’s restrooms, and vice versa for physiological women being allowed to enter only women’s restrooms. People who are transsexual and claim to really be the opposite gender than their natural bodies may indicate allege that the North Carolina law is discriminatory, as it prevents physiological men who self-identify as women from using women’s restrooms, and the reverse.

We are not speaking here about people who have necessarily undergone sex surgery and now have anatomies of the opposite gender of their birth, which is itself a complex situation; rather, we speak even about people who are physically fully male, but who have elected to be registered as female and are certified to have undergone therapy for such, by dint of their self-perception and belief that they are really female. The US government, with the support of homosexual/transgender lobbying organizations, argues in its lawsuit against North Carolina that to require these biological men to use men’s restrooms rather than women’s restrooms is a fundamental form of illegal discrimination and that abolishing the North Carolina law “is part of the ongoing civil rights struggle”. (More use of Old Southern bigotry images, of course.)

Never mind the great discomfort as well as the feelings of invasion of privacy and breach of modesty that women will experience when biological men who self-identify as women enter the ladies’ room. And never mind that a male-looking person who enters the ladies’ room with the claim that he self-identifies as a woman may in truth actually be a “real” male, believe it or not, desirous to spend time in the ladies’ room to satisfy his male curiosities and interests. Somehow, these very real concerns become annoying secondary details when the agenda of the transgender/homosexual lobbyists and their political allies is on the move.

The Talmudic Sages tell us that the legal system in Sodom was topsy-turvy, such that those who were the object of offense were penalized, and those causing the offense were awarded. To turn public protocol on its head and impose upon people policies which violate their rights to basic privacy and security, for an elusive cause that until recently never raised its head and is not recognized by many in the first place, is utterly mind-boggling and shocking.

Although many in the American public may not care to hear about how the assault on the North Carolina law is an affront to Biblical values, one would expect that common sense and public safety would at least be taken into consideration – but alas, that was too much to hope for.

Why does this all matter to those of us who do not live in North Carolina and who do not anticipate encountering biological men in the ladies’ room and vice versa within our own communities? It matters greatly, as it illustrates ever so acutely both the deterioration of the most basic Biblical values throughout Western society, as well as the fact that the fringe left, in pursuit of its agenda, is totally oblivious to arguments of reason and even safety.

Yet there is more – much more:

As the State of Israel is about to mark its birth, we are reminded at all times of the warped arguments on the part of many in the international community (and even of some in the Jewish community) which seek to compromise the State’s security and strip it of all sense of Jewishness. Arguments that we know deep down are specious and often patently false – yet are repeated frequently and loudly enough so as to impact. Catchphrases and buzzwords are manipulated to direct the narrative, stifling logic and denying foundational Jewish values. “End the blockade”, “freedom of worship”, “unimpeded access”, “stop the occupation”, “pluralism”, “egalitarian religious rights” and “self-determination” are loaded with foreign meanings and fired at us, hoping to crack the armor.

Let us take a step back and clear our heads, with unwavering faith in the Creator and the truth of His Torah, that we cannot abandon our values and the Land that were gifted to us, and with confidence that the teachings of Judaism, including the responsibility to act as we know we must in order to defend ourselves, can never be voided by political or social agendas.

May we have the fortitude to rebuff the agendas of a confused world order and know that we were chosen to fulfill the Divine Mandate, which does not bow to falsehoods or accommodate misguided social impositions. Nasan lanu Toras emes – a Torah of truth did He impart to us; that must be our only agenda.

And that is how the North Carolina legal battle truly relates to us all.