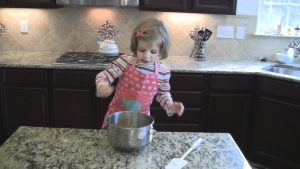 “Please don’t bring your toys into my kitchen, young lady!” the busy mother warned her loaded-up little daughter. The child’s response: “Well, it’s MY kitchen too!”

Her parents had a good laugh over that “memorable kids’ pronouncements” moment, and it returns to us this time each year, when parashas Metzora comes around.

Because of the miraculous malady called nigei batim that existed when our ancestors entered Eretz Yisrael and afflicted the walls of houses. Such discolorations, we are taught by Chazal, result from tzarus ayin, literally, “narrowness of the eye” – the Gemara’s term for stinginess.

That cause is evident in the requirement (Vayikra 14:36) that the homeowner remove all of his possessions from the house before it is pronounced menuga. The reason for that, the Torah explicitly states, is to prevent the possessions from being rendered tamei (as tumah only affects the house and its contents when the kohen renders his judgment). So the Torah is pointedly demonstrating concern for protecting the homeowner’s things, a concern that is the antithesis of tzarus ayin.

What is more, Chazal point out, the rescued vessels sitting on the homeowner’s lawn reveal to neighbors who may have sought to borrow such items but were told by the tzar ayin that he hadn’t any, that the reality was otherwise.

And, finally, the hint the Gemara (Arachin [Erechin] 16a) sees as identifying tzarus ayin as the cause of the negaim is the phrase “and the one to whom the house belongs should come…” (Vayikra, 14:35). The Torah is conveying that the homeowner’s perception of his house and other possessions – the idea that they are actually his – is what the nega is meant to explode. In the Kli Yakar’s elaboration:

“The reason Hashem gave him an inheritance, a home full of good things, was to test him, to see if he would use his possessions to do good for others as well… for all that a person gives to others is not of his own, but rather from what the ‘Heavenly table’ has provided him…”

There are few, if any, communities as committed to tzedakah as ours. The amount of charity that Orthodox Jews donate to help others is truly astounding. Might there, though, still be room for improvement in our recognition of “whose house” it is?

Chazal created a specific vehicle for us to reflect on the reality that we aren’t the owners of what we tend to think is “ours”: birchos hanehenin – the blessings we recite before eating, drinking, or smelling fragrant spices, bark or flowers.

Such brachos state that what we are about to enjoy is a gift, not a birthright. As the Gemara notes (Brachos 35a), the passuk that says that “To Hashem is the earth and all it contains” (Tehillim, 24:1) does not contradict the one that says “And the earth He gave to human beings” (Tehillim 115:16): “One [verse] is [referring to] before the brachah [is recited]; the other, after the brachah.” Once we acknowledge the gift, recognizing that it wasn’t truly “ours”, we are permitted to enjoy it as if it were ours.

The impact of that truth only happens, though, when we think of what we’re saying. If we, for instance, pronounce the nine simple words meant to thank Hashem for the beauty, tastiness and nourishment of an apple as a string of slurred semi-words (the first three as “buchatanoi”), taking two seconds rather than the five or six needed to actually say all the words clearly and focus on their meaning, we’re missing the point.

It’s an occupational hazard of observance, of course, to become so accustomed to a tefillah or brachah that we don’t give it the attention it requires. It’s what the Navi Yeshayahu describes as mitzvas anoshim melumadah (29:13), rote observance of mitzvos. But occupational hazards are hazards all the same; and just as the construction worker needs to secure his helmet, we need to secure our mindfulness when saying the words that permit us to partake of blessings.

There’s irony in the fact that as materially blessed a generation as ours may need a renewed focus on brachos. But we would do well to emulate true talmidei chachamim and nashim tzidkaniyos (and baalei teshuvah), who manage to rout rote.

The little “MY kitchen!” girl has a family of her own today. She is not only a paragon of politeness but an inspiring, delightful parent. She and her wonderful husband teach their children – as, with her innocent bluntness decades ago, she taught her parents – just Whose kitchen it really is.