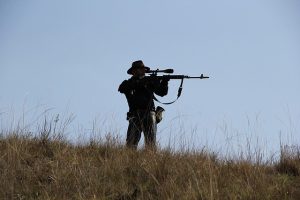 I am not defending the substance of his essays (here and here). For all I know, he could be dead wrong on every point, even though his presentation was based on studies and analyses – but they could be wrong as well. However, there is something entirely different going on –

Rabbi Steven Pruzansky’s recent writings about abstinence versus social permissiveness and promiscuity may have been worthy of a healthy rebuttal – I have no idea – but what emerged instead was a hateful and shameful campaign of character assassination against Rabbi Pruzansky. Jewish Orthodox Feminist Alliance (JOFA) and its allies have, rather than address the substance of Rabbi Pruzansky’s essays, conducted an ugly smear crusade aimed at excluding him from community events, expelling him from the Rabbinical Council of America (RCA), and even firing him from his congregation.

The opposition to Rabbi Pruzansky’s recent essays has been dominated by toxic rhetoric; attempted rebuttals of the essays that did touch upon the substance were so loaded with insults (and distortions – please read the essays) that they overshadowed whatever material points were being argued. Some snippets:

This is among the stuff that JOFA served up to respond to Rabbi Pruzansky’s points.

Rabbi Pruzansky’s essays were written in a moderate tone – one can agree or disagree with what he stated there – but the response to them has been charged with vile disparagement, while being quite sparse on the substance front, with the simple goal to put Rabbi Pruzansky down, drown him out and destroy his reputation and career. I don’t mean to get political, but JOFA and its allies seem to have adopted the narrative of a certain presidential candidate, who is short on substance and whose rise to the top was fueled primarily by denigrating and disparaging his opponents.

For some of us, this is nothing new. Those who disagree with me and other Cross-Currents writers on various issues have numerous times actually contacted our employers, in an effort to stifle or even fire us. Apparently unable to effectively engage in vigorous debate on the issues, people resort to character assassination and threats to others’ livelihoods, thinking that this will win the case and bury opposing views.

Recently, I argued that the new PORAT organization poses a serious hazard to the integrity of Orthodoxy. Included in the argument was a quote by one of the founders and principal spokesmen for PORAT, in which he brings into question the divine authorship and truth of the Torah:

Did Moses actually write that Abraham pursued his foes until “Dan” in order to rescue Lot (Gen. 14:14), or was the place name a later editorial insert to indicate what by then had become a well-known locale?  Were there two “Yairs” who each happened to have conquered 30 villages in the Bashan 200 years apart (Deut. 3:14; Judg. 10:3-4) or was this but one incident occurring later but inserted retrospectively into the Book of Numbers as a subsequent epilogue of the war with Bashan? Perhaps most tellingly, did Joshua order the sun to stop (Josh. 10:12), or was this either a mythic tale or a memory of a solar eclipse that could be explained only as a miracle at that time? Or, on perhaps the most basic level, did all of humanity descend from Noah’s three sons (Gen. 10), were there really several million Israelites wandering in the desert for 40 years (Num. 2, 26), and did diversity of language result from an ill-fated attempt to build a tower in ancient Babylon (Gen. 11:1-9)?

The main response to my criticism of PORAT and to many of my prior writings, in which concern was expressed about the direction of new “Orthodoxies” and which were based on sources and substance, has been to call me a self-righteous liar. I have been sent a growing collection of such articles and Facebook posts.

Rabbi Pruzansky’s critics are not only responding to him in a very dishonorable and downright scandalous manner; by shooting at him with cannons of mud and outrageous slurs, they detract from their own dignity and damage their own positions.

It seems that JOFA and its allies have adopted the worst elements of the current political discourse; what does that say about them?

Agree with him or not, Rabbi Pruzansky is a man who has been unafraid to speak out. He backs up his writings with evidence and argues on the substance. He is a leader and a scholar. A leader whom one can choose not to follow, and a scholar with whom one has the right to robustly disagree. But a leader and a scholar he is without question. The Orthodox community needs to cultivate more such rabbinic leaders and scholars, rather than assassinating them.