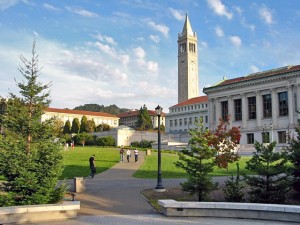 This coming Thursday, March 24, Jews around the world will celebrate the holiday of Purim. This holiday does not commemorate the inauguration of a new country, a great victory for freedom, or even the birth of a great leader. Rather, it celebrates the reversal of a decree of genocide against the entire Jewish nation. No other ethnicity or nationality has such a celebration – primarily because there is no other nation or ethnicity pursued globally by those seeking its eradication.

Following the destruction of the Second Holy Temple in Jerusalem nearly two millenia ago, Jews have lived in communities scattered around the earth, and been subjected to bigotry and persecution. The Holocaust was unique only in its magnitude and modernity. The world has largely forgotten the Crusades, Expulsions, Inquisitions, Pogroms, and Arab riots that annihilated Jewish populations, destroyed their synagogues and displaced their survivors from the seventh century through as recently as the 1960s.

On Wednesday and Thursday this week, coincident with Purim, as it happens, the University of California (UC) Regents will debate and vote on a “Report on Principles against Intolerance,” one which aims to address the latest iteration of that same ancient hatred – as it has expressed itself in a disturbing wave of anti-Semitic incidents across numerous UC campuses.

The Regents boldly identified and condemned “anti-Zionism” as little more than a cover for bigotry against the Jewish people: “In particular, opposition to Zionism often is expressed in ways that are not simply statements of disagreement over politics and policy, but also assertions of prejudice and intolerance towards Jewish people and culture. Anti-Semitism, anti-Zionism and other forms of discrimination have no place at the University of California.”

Just as many people fought against references to anti-Zionism in the report of the U. S. State Department’s definition of antisemitism — according to which some forms of anti-Zionism constitute antisemitism — so this part of the report has proven controversial, as there are many discomfited by the inclusion of anti-Zionism as a manifestation of discrimination. Nonetheless, this statement in the report is not merely accurate, but a prerequisite for any substantive effort to combat the antisemitism facing Jewish UC students, staff and faculty. Without mention of hatred masquerading as mere “anti-Israel” protest, what will be left is a meaningless condemnation of antisemitism that omits its primary campus stimulus.

Particularly damaging opposition to this necessary statement comes from scholars like Eugene Volokh, a legal expert on the UCLA faculty, a writer generally recognized for clear thinking, and one who describes himself as not only “ethnically” Jewish, but pro-Israel. Writing in the Washington Post, he claims:

Whether the Jewish people should have an independent state in Israel is a perfectly legitimate question to discuss — just as it’s perfectly legitimate to discuss whether Basques, Kurds, Taiwanese, Tibetans, Northern Cypriots, Flemish Belgians, Walloon Belgians, Faroese, Northern Italians, Kosovars, Abkhazians, South Ossetians, Transnistrians, Chechens, Catalonians, Eastern Ukranians and so on should have a right to have independent states.

This is true – it is appropriate to analyze whether there should be an independent state for Jews just as for the others. It is appropriate when it is at the same level, and arrives at the same objective results. When it fails this test, however – when discussion of the Jewish right for self-determination is guided by standards different from discussion of others’ rights – it becomes clear that this particular “discussion” is a mask for bigotry. This leads to an objective conclusion which is the converse of Volokh’s own.

No one but the dictators of mainland China – and their equally anti-democratic allies – begrudges the Taiwanese their independent country. Had the Scots voted for independence last year, neither the British nor anyone else would have denied them self-determination. Were the Tibetens, Chechens or any of the others to democratically secure their own independence, the civilized world would greet this with universal acclamation.

The Jewish people went through all appropriate diplomatic and democratic processes to secure a modern state to call their own. The British, whose mandatory Palestine covered both ancient Judea and a much larger territory to the east of the Jordan river, concluded that a modern Jewish state was desirable and appropriate. A plan for independent Jewish and Arab countries was endorsed by the United Nations itself, granting the modern state of Israel an unparalleled level of legal “legitimacy.” Israel’s borders expanded only when it successfully defended itself against threats of annihilation. Yet today, no one questions why the vast majority of mandatory Palestine was given to an undemocratic Hashemite clan stemming from Saudi Arabia; only the Jewish democracy is condemned. This is anything but “just as” the way other indigenous populations are treated.

These are double standards applied to Zionism, pure and simple — invocation of which the State Department’s definition rightly categorizes as being antisemitic, and the Regents should do as well.

A recent report from AMCHA Initiative, an organization combating campus anti-Semitism, demonstrates the strong correlation between so-called “anti-Israel” activity and open bigotry and even violence. Only one-third of the over 100 colleges surveyed had anti-Semitic activity in 2015 – unless there were calls for Boycott, Divestment and Sanctions (BDS) against Israel. 95 percent of schools with BDS activity had anti-Semitic expression, and with greater frequency.

The study concluded that anti-Zionist student groups and faculty who call for an academic boycott of Israel are “very strong predictors of overall antisemitic activity” – and that “BDS activity is the strongest predictor of incidents that target Jewish students for harm.” In short, the anti-Israel movement is the only “humanitarian” cause whose activities lead directly to open bigotry and discrimination.

Even if you think that anti-Zionism isn’t necessarily antisemitic, it’s incontrovertible that it directly leads to and fuels straightforwardly antisemitic speech and behavior.

This is no coincidence. The leading speakers of this movement repeatedly present ancient anti-Semitic canards of Jewish claims of superiority and control of banks and the media to impressionable students. They repeat old and deadly fictions of Jews poisoning wells from the era of the Black Plague, and the blood libels of Jewish murders of children. They assert false claims of genocide, ethnic cleansing and “state-sponsored terrorism” against Israel, and then incite violence with calls of “we support the Intifada” – a program of knifings, bombings and other acts of terror directed against Jews in Israel and around the globe.

The Regents’ Working Group must be heartily commended for recognizing the true nature of anti-Zionism and condemning it as such. It would be a tremendous disservice to beleaguered Jewish UC students – and to the cause of truth and justice – were this language to somehow be dropped from the final, ratified version of the Report.

On Purim, we Jews celebrate the end of an unbridled attack on our national identity.

This Purim, with the Regents’ vote, may we be able to do the same.

This article first appeared in the Algemeiner.