What We Build and What We Are 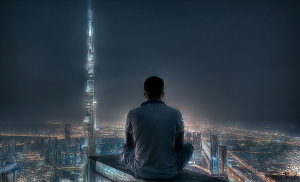 Agudath Israel of America’s national conventions, that is.

The 93rd gathering is featuring a constellation of topics and speakers, include the presence of Gedolim, Rabbanim and askanim, and a host a host of us simple folk, seeking information, inspiration and guidance.

There are always greatly worthwhile thoughts shared by those who address the various sessions, particularly the plenary ones on Thursday night and on Motzoei Shabbos. (The public is welcome, free of charge, to all sessions.) But a speech that was made on Motzoei Shabbos fifteen years ago made a particularly deep impression on me. And it remains, I think, as timely as ever.

The speaker, the final one of the evening, was Rabbi Shimshon Pincus, zt”l, the Rav of Ofakim. His address that night would be the only one he would offer at an Agudah convention. He, along with his Rebbetzin and one of their daughters, were killed, R”l, in a car accident in Israel mere months later.

Although over ensuing years, I, like so many, were edified by the collections of Rabbi Pincus’ lectures that were posthumously published, at the time, I had not known much about him.

The backdrop of his speech that night included the brutal lynching, weeks earlier, of two Israeli soldiers in Ramallah, and a slew of Islamic Jihad and Hamas (yimach shemam) car bombings that killed or injured scores of Israeli civilians.

Rabbi Pincus acknowledged the crisis at home, but took pains, to stress that “tovah Haaretz meod meod.” He exulted over the proliferation of yeshivos and shiurim, over the fact that Jews once alienated from their heritage were returning to it and that the populace is not unduly fearful. “The real crisis,” he contended, “is not in Eretz Yisroel per se, but in the entire Jewish people – Eretz Yisroel is but its heart.”

And he suggested that an important message to Klal Yisrael lies in the fact that the strife in its heart is not a battle between governments but between peoples, and the threat is not so much against a country as against individuals.

He noted the wonderful efforts and projects that Yidden were involved in, the building of yeshivos, kollelim and mosdos chessed. “There is a contrast,” though, he added, “between what people build and what they are.” Perhaps, he suggested, we need to more carefully apply to ourselves as individuals the very same concern that we so strongly translate into community efforts.

“The bnei Yishmael,” he explained, “are claiming that it was their ancestor, not Yitzchak, who was chosen as Avraham’s heir, the son Hashem called ‘yechidcha.’ We must all act as miyuchadim to Hashem. No matter how old, each of us is His ben yachid. Our behavior as such will prove that we are deserving of that honor.”

There is great merit, he explained, in all the special things we do, whether building Torah institutions, establishing social services or, for those of us who aren’t of sufficient means or talent, donating what we can to such efforts, attending shiurim, reciting Tehillim. The power of such things, whether large or small, cannot be overlooked.

But they must not allow us to overlook even more basic, if more difficult, pursuits – like our efforts to work on our middos and personal observance. How we conduct ourselves in public, and in private; how we interact with our spouses, our parents, our children and our friends and, especially, people who are none of those things; how we daven, how we make brachos, how we think – these are, or should be, the most important foci of each of our lives.

And, oh, how easily such “minor” things can be obscured by more “weighty” ones.

Although I have yet to achieve what Rabbi Pincus set forth as the proper goal of a Jew, his reminder has remained with me, and likely always will.

After his tragic petirah, many accounts of his actions and interactions were told.

One concerned a “selling of aliyos” on a Purim morning. The gabbai had announced, “Fifty shekels for pesichas haaron,” for opening the ark. Rabbi Pincus, it was recounted, ran to the bimah and amended the nature of the bidding.

“Pesichah,” he announced, “for reciting asher yatzar word-by-word for one month!”

Bidding ensued, and the winner pledged to undertake the practice for three years.

I would be surprised if the winner stopped even then.