Da’as Torah and the Holocaust 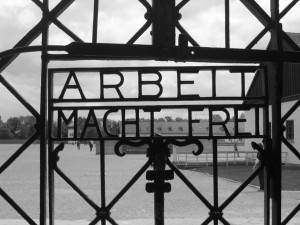 This is a topic that comes up frequently, and when it appeared on a friend’s Facebook discussion I put these thoughts together.

(A) A big part of Judaism is learning to nullify our will to Hashem’s will. The leaders of our nation have always been the people who did this best — who learned Torah and let it guide them, rather than trying to superimpose their own values on the Torah. A person who goes to a Rav with an important matter almost always has an opinion, he (or she) is just asking for guidance from a person who has learned to do this better than he himself has.

(B) Obviously Rabbonim can err. Why obviously? Because the Torah makes it explicit. Moshe made mistakes. The Sanhedrin will make mistakes and bring a Korban for it. And we follow them anyways — for two reasons. 1) The Torah tells us to. 2) They still know better than we do. They still get it right more often than we do. The Torah still says that Israel without its Sages is like a dove without wings.

One thing that certainly cannot be done is to try to second-guess them based upon an alternate reality that never happened — e.g. saying that “the Holocaust” somehow proves Rabbonim were wrong telling people not to leave Europe.

If we look at Jewish history, it happens repeatedly: appearances are deceiving. What appears to be is not the reality — which is really about where we stand with HaShem. See Megillas Esther, for example. No one looked more wrong than Mordechai did when he refused to bow to Haman, which appeared to have caused the decree to wipe out the Jews. The reality is precisely the opposite; Mordechai’s actions saved us from that same deadly decree.

It is well-known that people who left Europe before the war had tremendous difficulty keeping their level of observance. It was only truly unique people who came over to America or Eretz Yisrael and built without compromise. We simply cannot say that had hundreds of thousands more fled Europe (making the invalid assumption that the Americans or Brits would let them in to the US or EY) and sacrificed their dedication to Hashem U’Toraso, that everything else would have stayed equal. Rommel did not invade EY because he lost one battle to the British after having won a series of others. What would have happened if, to the contrary, he had won that battle as well?