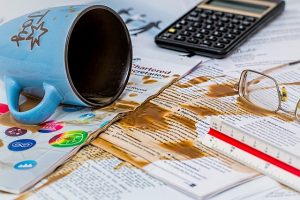 The account of Moshe’s being placed in the river, discovered by bas Par’oh and raised in royal surroundings would seem to be of no import regarding the main narrative of Shemos – Moshe’s killing the Mitzri, fleeing as a result to Midian and being charged by Hashem with his mission.

Ibn Ezra, though, suggests that it is very much part of the larger story. He writes that “Perhaps Hashem arranged things so that Moshe would grow up in a royal house and his spirit would thereby be exalted” and he would “not possess a base spirit used to being in the house of slaves.”

That, he continues, was necessary for Moshe to be able to kill the Mitzri and intercede to help Yisro’s daughters (and, I might also suggest, to be able to receive nevu’ah, which requires a state of contentment).

Which makes for a delicious irony: Par’oh’s decree to kill baby boys is what required baby Moshe to be placed in the river, which resulted in his being raised as a royal, which allowed him to become the agent of Klal Yisrael’s geulah, the very thing Par’oh had sought to undermine.

“Many thoughts are in a man’s heart, but it is Hashem’s plan that will persevere” (Mishlei 19:21). It has been said that the intent of that pasuk is that those very thoughts of man can be the vehicle for the fruition of Hashem’s plan.

We see that not only in Par’oh’s ultimately self-undermining decree but in the narrative that ended Sefer Beraishis. As Yosef reassured his brothers about their plotting against him, which resulted in his elevation in Mitzrayim and his becoming the provider of food to the the nation and his family: “Indeed, you intended evil against me, [but] Hashem designed it for good, in order to bring about what is at present to keep a great populace alive.”

We read these parshios after Chanukah, on the path to the next Jewish holiday, Purim. There couldn’t be anything more Purim-centric than the irony of how best-laid plans can themselves bring about the opposite of the plotters’s wish: “Hashem’s plan.”

My most recent Ami column, “Black Hats, Babies and Bathwater,” can be read here.