Vayeitzei — Love as a Mission 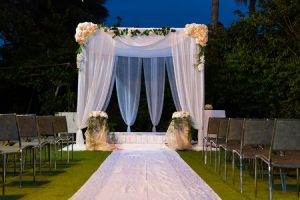 What a bizarre reaction Yaakov has when he first sees Rachel, his wife-to-be: He kisses her and loudly cries. (Beraishis, 29:11).

Stranger still, at least at first read, is one of the explanations the Midrash Rabbah offers (and Rashi quotes) for Yaakov’s tears: “Because he foresaw through Divine inspiration that she would not be buried with him in the cave of Machpelah.”

Not the most romantic reaction, to put it mildly. Sort of a “meet morbid.”

But it shines a blazing light on a major disconnect between how contemporary society views love between husband and wife and how the Torah does.

The disconnect is equally evident in the fact that the seven years that Yaakov worked for Lavan before being granted Rachel as a wife were to him like a mere “few days because of his love for her” (ibid 29:20).

As the Malbim notes, a typical suitor would find having to wait seven years to marry his intended interminable. But Yaakov’s experience was the opposite.

Because he saw his attainment of Rachel as his wife not as a quenching of desire but as a calling, a destiny, a mission of love.

A mission whose very end he foresaw in a prophecy, prompting his tears; and his kiss, which, in Yaakov’s mindset, was the epitome of chaste.

As the Kotzker famously remarked, one who “loves fish” doesn’t really love fish; he loves his palate. The true fish lover is an aquarist.

So many in our world today marry out of self-love, not true love of another. They “fall” in love and thus, so often, “fall out” of love. When the two parts of a new couple see each other as partners in working toward a mutual goal, their marriage becomes not an end of love but rather its nurturing.

My most recent Ami column, “Name, Rank, Courage,” can be read here.