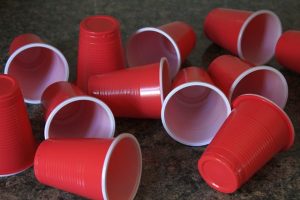 The belief that Jews are cheap has merit, though “frugal” would be the more perceptive word. Valuing everything, no matter how small or seemingly trivial, is a fundamental Jewish ideal.

My parents rinsed and reused plastic cups and refrigerated even small amounts of a meal’s leftovers rather than consigning them to the garbage. My mother darned holey socks instead of tossing them. That wasn’t cheapness, it was Jewishness. And the placing of even pennies in a pushke was, and is, the fulfillment of a mitzvah.

We live at a time and in a society that sees so much of value as disposable. That attitude is among the many contemporary ones we Jews are meant to struggle against.

There are certainly people who are stingy for selfish reasons, but focused frugality bespeaks an appreciation of the worth of every single resource with which Hashem has gifted us.

The Sefer HaChinuch (mitzvah 529, commenting on a pasuk in parshas Shoftim) explains that the prohibition of gratuitously cutting down a fruit tree telegraphs a larger lesson, that of the general forbiddance of bal tashchis, wastage.

It aims to “teach our souls to love what is good and useful, and to then cleave to it,” adding that “through this, the good will cleave to us and we will distance ourselves from every evil thing and every destruction. This is the way of exemplary Jews…

“They do not destroy anything – even a mustard seed – and it pains them to encounter any destruction or harm. If they can act to save anything from destruction, they use all their strength to do so.”

“Not so,” he adds by contrast, is the way of “evil people… the cohorts of destructive forces, who rejoice in destroying the world.”

That attitudinal polarization is well evident in our world. Broken windows, smashed bottles and graffiti-marred walls, not to mention assaults and murders, are the yield of one end of the spectrum.

And rinsed-out plastic cups in dish drainers, with filled-to-their-brims-with-pennies-and-nickels tzedakah boxes on nearby kitchen window sills, the other.

My most recent Ami Magazine column, “Patient, Heal Thyself,” can be read here.