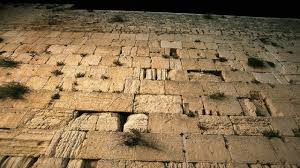 The push to balkanize the Kotel Maaravi is, as its proponents readily admit, intended as a step toward legitimizing American-style “Jewish religious pluralism” in Israel. That would be a disaster, not only because of the notion’s inherent falsehood — that there are different “Judaisms” — but demographically too, since non-halachic “conversions,” “divorces” and the like have wreaked havoc on the unity of American Jewry.

What is more, the Kotel has always served as a unifier of Jews, whatever their backgrounds or beliefs — probably the only place on earth where so many different kinds of Jews pray side by side.

If you wish to register your chagrin at the plan to partition the Kotel, you can do so easily by visiting:

There is no charge for doing so, and, by sending the letter (or one of your own crafting), you can help show that a good part of “American Jewry” wants the status quo at the Kosel to be retained.