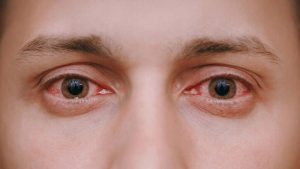 Chesed v’emes, “kindness and truth,” is the term Yaakov Avinu uses to describe what he is asking of Yosef when charging his son to not bury him in Mitzrayim (Beraishis 47:29).

And Rashi famously explains that the term is meant to reflect the fact that doing something for someone deceased is the  ultimate kindness – since the doer “isn’t looking toward repayment,” presumably from the recipient of the act.

But while the deceased is no longer in a position to repay the kindness, others certainly are. And the performer of the kindness can also expect reward of a greater sort – in the world-to-come. So why is doing chesed for a deceased person in a singular category?

I wonder if the answer might lie in the words “isn’t looking for” (eino metzapeh) in Rashi’s explanation (although I haven’t found those words in the Midrash that Rashi seems to be citing).

What Rashi might mean is that, while there may indeed be repayment for an act of kindness toward someone no longer able to reciprocate, the performer of the kindness isn’t looking toward repayment. Because he’s in a special state of mind, bluntly confronting the inevitability of death. When he performs his kindness, he is blinded to everything but his own mortality.

Facing head-on what we all too often choose not to think about, although we intellectually know it is real, puts screeching brakes on our merry marches toward success in life and achievement of rewards of all sorts. At that time, we do not look toward any compensation for our efforts.

Interestingly, the word “eivel”, “mourning,” is spelled precisely as the word aval, “however.” What “however” does in a sentence – interrupts and reverses its flow – is what death of a loved one does in a survivor’s life. It stops the speeding “reward pursuant” train and focuses the mourner exclusively on the inevitable truth that this world is ours only until it isn’t.

And so, a chesed done for someone deceased is done in a singular state of pureness, of emes.

My most recent Ami Magazine column, “Defining Indecency Down,” can be read here.