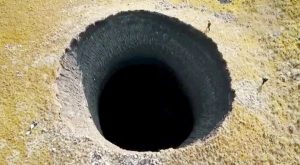 Few contrasts are as striking as the one between Moshe, the “most humble of all men,” who had to be drafted by Hashem to lead the Jewish people, and Korach, who was consumed with a desire for a leadership role.

And, like deceitful populists over ensuing millennia, Korach insisted that he was merely standing up for the masses, advocating for their democratic rights. Who needs a mezuzah (i.e. a leader) if the house is filled with holy books (i.e. the magnificent masses)?

Many contemporary leaders, some more shamelessly than others, advanced their aspirations in Korach-fashion, lusting for power while claiming to be championing the people. (A rare exception was Dwight Eisenhower, the only American president who had to be drafted to run for that office.)

In the authentic Jewish religious world, true leaders are always drafted — that is to say, “elected” not by campaigns and misleading claims but rather by unsought public acclaim. I have been privileged to have spent time in the vicinities of several, and was deeply affected by their selflessness and modesty. My rebbe, Rav Yaakov Weinberg, was one; see https://www.rabbiavishafran.com/mr-to-us/. His yahrtzeit is Shiva Asar B’Tamuz.

And, just like Moshe was accused of sins he didn’t commit, so are Gedolim today sometimes attacked for imagined misdeeds. And not only by people lacking any relationship to Torah, but even some who are meticulously observant.

Ohn ben Peles, the Midrash recounts, a confederate of Korach’s, was saved from the latter’s fate by Mrs. Ohn. After plying her husband with enough wine to put him to sleep, she sat outside their tent and uncovered her hair. So when Korach’s supporters came to fetch her husband and saw the immodest woman, religious folks that they were, they turned on their righteous heels and left.

Even religious people can fall victim to would-be-dictators’ lies.

My most recent Ami column, entitled “The Gift That Keeps on Giving,” about Congresswoman Marjorie Taylor Greene, can be read here.