To Err is Vital 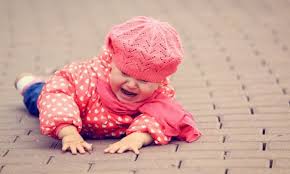 In a few days, astute students of Daf Yomi will encounter a hint to a hidden life lesson of indescribable worth.

If, that is, they look closely at the mishna on 103a in massechta Shabbos that concerns the melacha, or Shabbos-forbidden creative act, of “writing.”

Actions forbidden on Shabbos are determined by which operations were necessary for the building and use of the mishkan, or desert-tabernacle.

Where was writing used? The mishna goes on to explain that the gilded wooden beams used for the structure – which was dismantled and rebuilt repeatedly – were inscribed with letters to indicate the placement of the beams. A similar system is used by many of us in building our sukkos.

What a keen mind will recall when reading about the definition of the melacha of writing is that, earlier in the tractate (73a), it was paired with its opposite number, “erasing,”

And why is erasing a melacha? Rashi on 73a explains that its forbidden-on-Shabbos status derives from the need the builders of the mishkan had to correct errors when the wrong letters were mistakenly inscribed on beams.

Now, stop and think about that. The mishkan-builders likely took drinks of water during their labors. They may have washed their hands and occasionally stretched.  Yet drinking, washing hands and stretching aren’t thereby made into forbidden actions on the Sabbath. Why not?

And so, if removing mistakenly inscribed letters is the reason for the Sabbath-prohibition of “erasing,” then errors… must be… indispensable parts of the mishkan-building project.

That is the important truth hidden here: Erring is vital.

Mistakes are indispensable parts of every endeavor. No child walks until he first takes an uneasy step and falls; or learns to ride a bike without a minor mishap or two.  The successes don’t come despite the first unsuccessful attempts; they come as a result of them.

Errors are in fact essential parts of every successful project. Duke University civil engineering professor Henry Petroski wrote a book whose subtitle says it all: “To Engineer is Human: The Role of Failure in Successful Design.” He makes the case that a successful feat of invention will always depend on a series of failures. Only the commission and analysis of errors, he elaborates, can propel any invention to perfection. “Failure,” Professor Petroski explains about engineering, “is what drives the field forward.”

That is no less true in the sciences. “An expert,” the famous Jewish physicist Neils Bohr once remarked, “is a man who has made all the mistakes which can be made in a very narrow field.”

And, most importantly, it’s true, too, in spiritual endeavors. When it comes to Torah-study thoughts, the Talmud (Gittin, 43a) teaches: “One does not stand on [i.e. understand] them unless one [first] stumbles over them.”  Every talmid of Talmud knows that well; there is no comprehension like that which brightly dawns after one has made and recognized a wrong assumption.

Errors, moreover, are part of the project of life itself, a fact intrinsic to the concept of teshuva.

Among the published collected letters of the late Rav Yitzchok Hutner, the revered Rosh Yeshiva of Yeshiva Rabbi Chaim Berlin from 1940 into the 1970s, is one he wrote to a student who had shared his despondence and depression over personal spiritual failures.

What makes life meaningful, the Rosh Yeshiva explained in response to his student, is not basking in the sunshine of one’s “good inclination” but rather engaging, repeatedly and no matter the setbacks, in the battle against our inclination to sin.

Rabbi Hutner notes that Shlomo HaMelech, King Solomon, (Mishlei, 24:16) teaches us that “Seven times does the righteous one fall and get up.” That, wrote the Rosh Yeshiva, does not mean that “even after falling seven times, the righteous one manages to get up again.” What it really means, he explains, is that it is precisely through repeated falls that a person truly achieves righteousness. The struggles — including the failures — are inherent to the achievement of eventual, ultimate success. If we find ourselves flat on our backs, we must pick ourselves up and resume the fight. And, if need be, again. And again.

And so, if we ever find ourselves succumbing to despondency or depression born of mistakes we’ve made, what we need to do is stop and remind ourselves why erasing writing on Shabbos is forbidden.