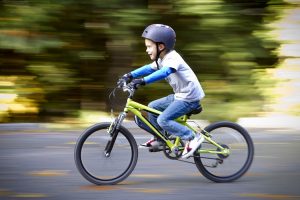 At this point, no one knows if sleep-away or day camps, including Jewish ones, will be functioning this summer. And, if they will be, whether all children who want to attend them will be able to do so.

There are children, of course, who, because of home circumstances or other reasons, truly need a summer camp option, but here is a secret: Most kids don’t.

My intention is not, chalila, to dissuade any parents from sending their children to camp. Rather, it is to reassure those whose kids may not have camp options this summer that summer school-free weeks aren’t an obstacle but an opportunity.

It’s been a while – a very long one – since I was a child, and the world was very different in the 1960s from what it is today. But I never attended summer camp – by choice. I cherished my freedom and balked at regimentation, even of fun activities.

And yet, despite my spending childhood summers at home, they were wonderful times.

I studied Torah each day, both a little on my own and with an older chavrusa, a young talmid chochom who ended up becoming a stellar mesivta rebbe – a development I like to imagine was born of the considerable resources he was forced to summon to hold my attention.

But each day’s many hours also afforded me an abundance of other activities, unstructured and not always in a group setting, but no less enjoyable for their spontaneity or, at times, solitude.

One summer, on a lark, I taught myself (from a book) how to type, a skill that ended up coming in handy when I became a high school rebbe myself (and even more handy in my writing career). Yes, practice was tedious, but the daily progress was its own reward.

Another summer, I undertook origami, or Japanese paper-folding. Not so handy in the end – I don’t think I’ve ever been asked as an adult to fashion a paper swan or rabbit – but fun all the same. I collected and observed bees, and fired off model rockets I built from balsa-wood kits and painted. I took long bike rides and, in my teens, occasional part-time jobs. I mowed our lawn and hiked local trails. I played ball with other camp-shy or camp-deprived friends, read a lot, and then read some more. Some kids like science; some, history; some fiction. But all kids like something, and there are books on everything.

And unlike in my youth, today there is a wealth of reading material that meets every religious standard.

Did I learn as much Torah as I might have in a camp? Probably not. I didn’t visit any amusement parks or waterworks either, or attend any campfire kumsitzes. But somehow I survived those deprivations and emerged from each summer happy, refreshed, and, I think, grown a little as a person.

Although several of our children attended overnight summer camps one or two years here and there, my wife and I never considered the experience de rigeuer, or even necessarily in our kids’ best interest. That we generally couldn’t afford anything but, at most, neighborhood day camps made it easier to not feel a need to “keep up with the Katzenellenbogens.” We taught our children that expensive things are seldom important ones, and they accepted that truth – baruch Hashem, perpetuating it in their own families.

Not all parents can take the time in the summer to go on day trips with their children. But those who can should not discount how enjoyable and memorable even trips to local parks or scenic view spots can be. Nor do children lack for creative quarries to mine in their own figurative backyards (or literal ones). There are musical instruments to be mastered, artwork to be created, bugs to be unearthed, recipes to be tried (and created), clothing patterns to be cut and sewn, model cars and airplanes kits to be assembled and painted.

The complaint “I have nothing to do!” lovingly ignored, can yield all sorts of creative ideas, inventions mothered by necessity, on the part of the tragically bored. And, of course, chaburos, chavrusos and shiurim can, with a bit of effort, be arranged.

Yes, I know, today’s world is a very different one from the one I inhabited as a boy, even from the one in which our children, now adults with their own families, grew up. Children today confront unprecedented educational expectations, social norms, challenges, and dangers. I understand that the sort of long bike rides I took through unfamiliar neighborhoods in the 1960s would not be recommended for even a suburban ten-year-old today; and that a public library is no longer the generally healthy environment it once seemed to be.

And I know, too, that many ex-campers positively glow when reminiscing about their summer experiences. So the benefits of well-run camps can’t be overstated.

Still and all, and particularly if summer camp, for whatever reason, isn’t a viable option, we do ourselves and our young a favor by recognizing that camps are among the many once-luxuries that have somehow come to be seen as necessities.

For all their benefits, though, they aren’t. Summer, even without the “c” word following it, can be a time of wonder, fun and growth for a child.